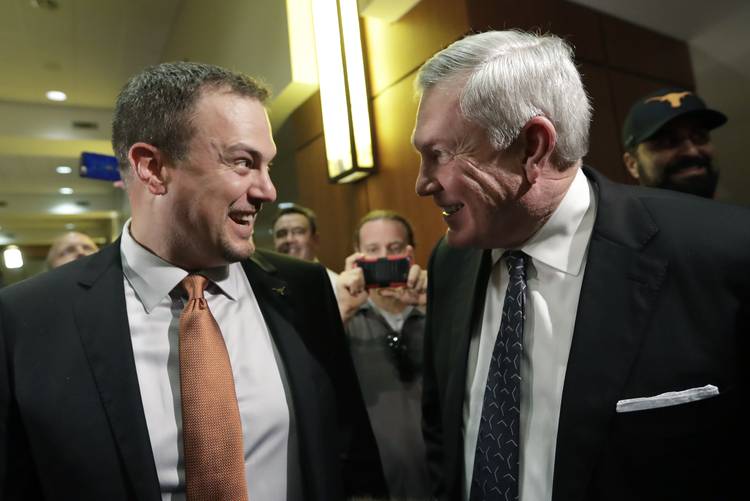 By now you’ve surely read about how Texas coach Tom Herman has reached out to recruits and high school coaches across the state.

He’s also doing something else that will make Longhorns fans happy. On Friday’s edition of 104.9 FM’s “Mornings with Bucky and Erin,” the hosts and former Texas wide receiver Quan Cosby discussed the ways Herman has reached out.

Listen to the full interview with Cosby starting around the 25-minute mark.

They also mentioned a tweet sent out by former Longhorn and current Jacksonville Jaguars defensive tackle Roy Miller, which included a handwritten note he received from Herman.

@CoachTomHerman you are already a keeper in my book. I look forward to coming back to the 40acres haven't been there in years. Thank you! pic.twitter.com/fsdNPBFlSD

Cosby said he met the new coaching staff for the first time earlier this week, and spoke about the support he’s seen from other former players who remain connected to the Texas program.

“It’s really cool what (Herman) is doing,” Cosby said. “They have already organized a lunch in January for the lettermen to meet Herman, to talk to him. Like I said, I’m pretty dang optimistic on where it’s going, and UT is kind of starting to feel a little like it did when I was around here.”

(On a side note, happy 34th birthday to Quan Cosby.)