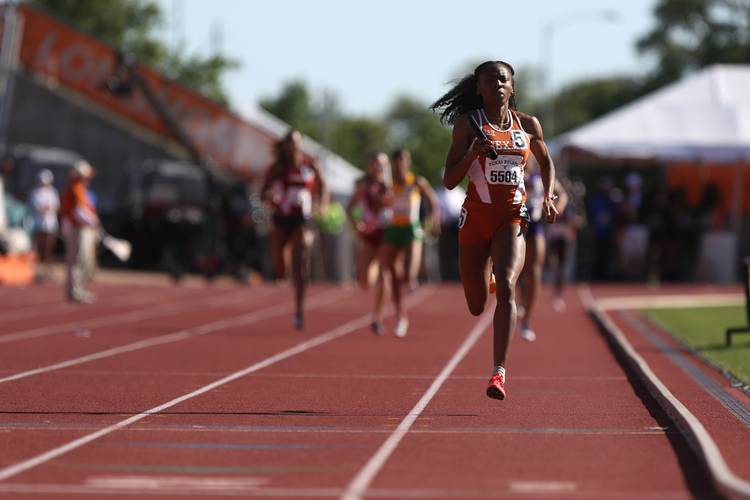 We’ve relived the highlights and rehashed the low-lights , but individually there were a few Texas Longhorns who shone brighter than the rest in 2016. These 10 athletes were the biggest stars on the 40 Acres this year.

Addison finished off her career as one of the most decorated tennis players in Texas history, and in the process helped the Longhorns to one of their most unlikely NCAA tournament runs ever. She was 37-4 in 2016 — the second-best winning percentage in program history — and advanced to the NCAA quarterfinals  in singles with a win over No. 3 seed Francesca Di Lorenzo from UCLA. She also helped the Longhorns to the NCAA Round of 16.

Addison ended her career as a two-time Big 12 player of the year and three-time All-American, and claimed 109 singles victories.

Aside from her incredible story, Boyette is a heck of a basketball player. She averaged 11.3 points, 8.9 rebounds and blocked 104 shots during her senior season, and led the Longhorns to the Elite Eight with an 18-point, 10-rebound showcase in the Sweet 16 win over UCLA. She finished her career as the only Texas player to achieve 1,000 points, 1,000 rebounds and 200 blocks.

Off the floor, the No. 10 pick in the WNBA Draft was nominated for the NCAA Woman of the Year Award. A survivor of multiple suicide attempts and molestation as a child, she has overcome those obstacles with the help of poetry and basketball. She is married to Texas football player Paul Boyette, who recently finished his career as a defensive tackle.

As a redshirt freshman, White stood out on a team that made it all the way to the national championship and featured some of the best volleyball talent in the country. So much so, in fact, that she was named freshman of the year by VolleyballMag.com and picked up a first-team All-America honor from the American Voleyball Coaches Association.

If he were eligible for the 2017 NFL Draft, teams would be lining up to pull the trigger on Williams. The Longhorns’ 6-foot-6, 288-pound sophomore left tackle was named a first-team All-American by the Walter Camp Football Foundation and the Football Writers Association of America. He also paved the way for D’Onta Foreman, Texas’ 2,000-yard rusher.

After a back injury sidelined her last fall, Nwanebu — the former national freshman of the year at USC — soared in her first full season with the Longhorns. Her 423 kills and team-high .379 hitting percentage earned first-team All-American status and Honda Sport Award consideration.

RELATED COVERAGE: Bohls: Look past her ribbon and nails — Texas’ Nwanebu is tough

Off the court, Nwanebu’s bubbly personality — showcased in her online video series ‘#EbbOnTheWeb’ — warmed Texas fans’ hearts all the way through the national championship match.

Surely you know Beau. A teen sensation before he even stepped on UT’s campus, Hossler accomplished plenty once he got there. He won five events during his junior season and was named the Fred Haskins Award winner as the nation’s top collegiate golfer. He also led the Longhorns deep into the postseason before a major shoulder injury sidelined him for the national championship match against Oregon.

That injury might have been his defining moment as a Longhorn. After injuring his shoulder on the 16th hole, he played through agonizing pain and sunk the match-clinching putt to send Texas to the championship. He turned pro in July.

Here’s where this list really picks up steam. A case could be made for each of the top four at No. 1. Haas is a 20-year-old gold medalist, fresh off his first Olympic gold medal as part of the 4×200-meter freestyle relay. He also made the final in the individual 200 free, finishing fifth in Rio. Haas, who was still a true freshman last spring, holds the NCAA, American, U.S. Open, NCAA Championship meet, school and Big 12 records in the 200-yard freestyle. He won NCAA championships in the 200 free, 500 free and 800 free relay.

Why Schooling over Haas? It really could go either way, but I’ll go with the guy who won his country’s first-ever Olympic gold medal at the Rio Olympics. Schooling’s came in an individual event, the 100-meter butterfly, while Haas won his as part of a relay. Oh, and Schooling beat Michael Phelps.

Singapore awarded Schooling a cool $740,000 for winning gold, causing the NCAA to reconsider its stance of allowing athletes to keep bonuses awarded by national federations. And in case you’re wondering, Schooling has four individual NCAA national championships to his name — including a record-breaking one in the 200 butterfly.

Legitimate cases could also be made for Jack Conger (national champion, gold medalist, subject of international investigation) and Will Licon (national champion), but I decided to spread the love and limit the list to two per sport.

Not much more needs to be written about Foreman’s 2016 season. He rushed for 2,028 yards, the second-most in Texas history. He did it in 11 games, and went from a virtual unknown to a potential first-round NFL Draft pick.

He’s ahead of the swimmers because, well, the swimmers didn’t have to swim with teammates (or opponents) on their backs. It would have been awfully entertaining if they had.

While Foreman didn’t get an invite to New York for the Heisman Trophy ceremony, Okolo won her sport’s award as the best athlete in the country. After a year that included four national championships, an NCAA record and a gold medal, Okolo hoisted The Bowerman earlier this month.

RELATED COVERAGE: Courtney Okolo is writing the book on sprinting at Texas

Okolo defended her indoor title in the 400 meters, broke her own collegiate record by running 49.71 at the LSU Alumni Gold in April, then took the NCAA crown in Eugene, Oregon. She also anchored victories in the 4×400 relay both indoor and outdoor, including an incredible come-from-behind win in Eugene. And while Okolo missed out on qualifying as an individual for the Olympics, she made up for it by running the opening leg on the United States 4×400 team that took gold in Rio.