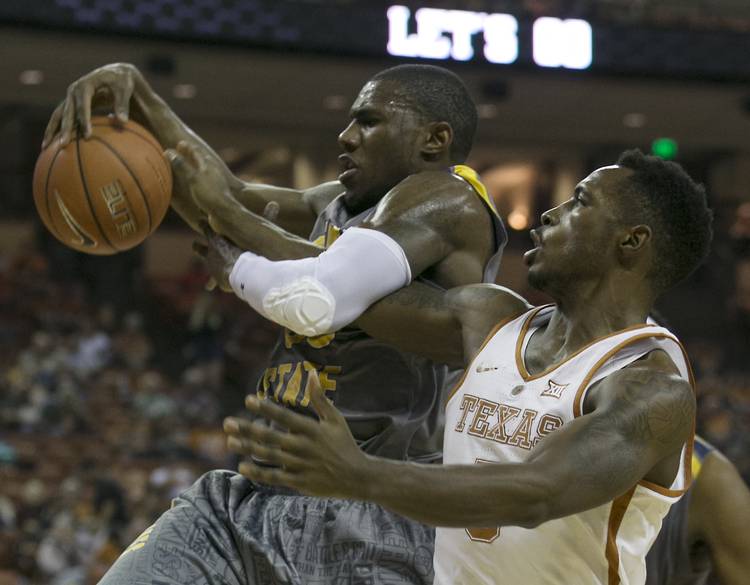 The excitement of Christmas has given way to the drudgery of exchanges.

Texas followed one of its best all-around games with one of its worst in a 63-58 clunker against Kent State on Tuesday at the Erwin Center.

Texas set all kinds of offensive season highs in a 36-point blowout over Alabama-Birmingham last Wednesday. Players and coaches then went their separate ways for the holiday break. They returned looking worse for wear.

The Horns had 18 turnovers and shot 36.2 percent and fell to 6-6 heading into Friday’s Big 12 opener at Kansas State. Jarrett Allen was the leading scorer with 17 points and had 10 rebounds. But Kent State’s Jaylin Walker poured in 24 points and the Flashes got 15 more from Deon Edwin.

Texas’ final possession summed up the whole night. Trailing by three, Eric Davis Jr. tried to get loose on the baseline but got stuffed by Jimmy Hall. Kent State (8-5) got the loose ball, went the other way and just ran out the clock.

Tevin Mack, the Longhorns’ leading scorer, was shutout of the scoring column until a layup with 2:29 left made it a one-point game. He followed that with another score as the two teams traded buckets down the stretch, bringing a decent-sized crowd to its feet.

With Texas down by three, Kerwin Roach Jr. went in for an off-balance layup attempt and missed. The Flashes went the other way, and Jaylin Walker threw down a vicious dunk with 33 seconds left for a five-point lead.

Jarrett Allen is getting more confident with each game. That shows in some of his post moves and his open jump shots. One of his best moves didn’t even count. Allen made a monster move and finished with a reverse jam, but the play didn’t count because of a foul. He finished with 17 points on 7 of 13 shooting. But why was he taking a 3-point attempt after a timeout? And why was he near center court as the shot clock went under 7 seconds? That possession ended with a shot-clock violation.

This wasn’t what either coach had in mind from 3-point range. Texas was 1 for 10 from beyond the arc in the first half. Kent State was 0 for 8. You knew neither team would stay cold the entire game. It was the Flashes who got warmed up after the break. They hit three of their first four 3-point shots after halftime and took a 42-39 lead with 11:44 left on Jaylin Walker’s swish fro the left wing. In summation, the two teams combined to hit five of 35 shots from downtown. Yuck.

For the first time all season, graduate transfer Mareik Isom was medically cleared to play after missing two months with a complicated ankle injury. He needed arthroscopic surgery to clean out a bacterial infection but had complications. For weeks, Smart never knew when the 6-foot-9 forward would play. The Bowie graduate played at Arkansas-Little Rock but wanted to play his final season at home and work on his master’s degree at UT. He’s expected to work into the rotation in the coming games.

The first eight minutes was arguably the worst stretch of basketball this season. Texas had seven points and five turnovers. Fortunately, Kent State wasn’t much better. The Flashes had a 10-7 lead after Jacob Young turned the ball over and Desmond Ridenour raced the other way for a dunk. The Horns started the game 3 for 11 shooting and watched the Flashes grab seven offensive rebounds.

For the first time in Big 12 history, league play begins in December. Texas actually has two of the tougher road trips in the first three games. Friday brings a trip to Manhattan to battle Kansas State. The Horns return home to host Oklahoma State (Jan. 4) and then it’s back north to play Iowa State in Ames on Jan. 7.