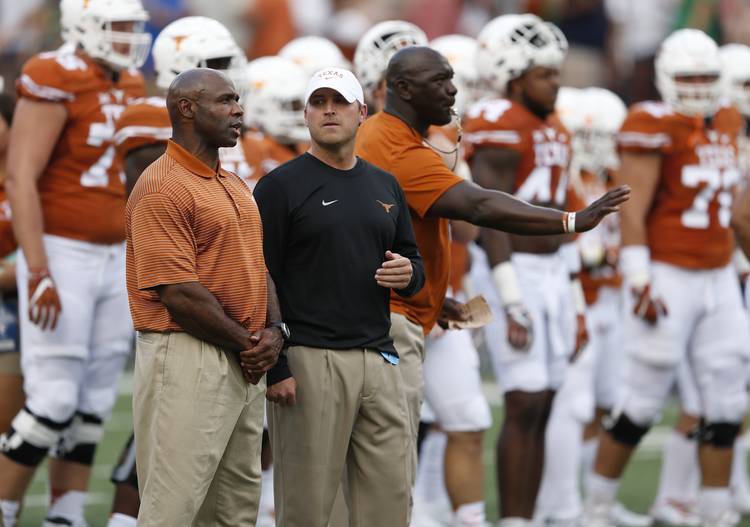 Charlie Strong’s staff at South Florida is starting to take a Texas feel.

According to a report by 247Sports.com’s Josh Newberg, former Longhorns offensive coordinator Sterlin Gilbert is expected to join Strong in Tampa, along with former Texas offensive line coach Matt Mattox.

RELATED COVERAGE: Texas OC Sterlin Gilbert could be out, too

Gilbert, who joined the Longhorns staff last December after being wooed from Tulsa, will be heading to his fifth different school in five years. He was previously the offensive coordinator at Eastern Illinois (2012-2013), Bowling Green (2014) and Tulsa (2015). Mattox has been with him the whole way.

Before heading to Eastern Illinois to coach under Dino Babers, Gilbert was the offensive coordinator at Temple High School just up the road from Austin.

The Texas offense took strides under Gilbert in 2016, as it featured a 2,000-yard rusher in D’Onta Foreman and exploded for at least 40 points five times. However, the Longhorns fell flat against Kansas and TCU, scoring just 30 points combined in back-to-back losses to end the season.

Longhorns in the NBA: Through Dec. 29