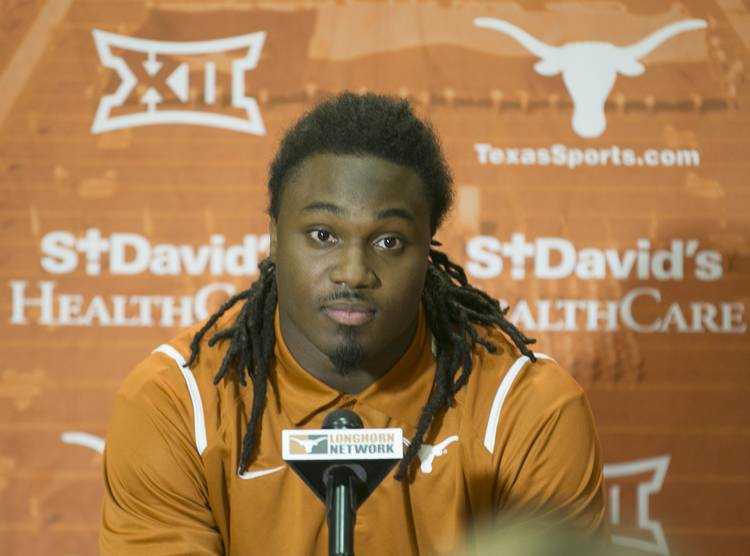 In SB Nation’s most recent mock draft on Jan. 2, Texas standout and Doak Walker Award winner D’Onta Foreman lands in the second round of the NFL Draft.

Foreman declared for the NFL last month after rushing for more than 2,000 yards as a junior.

The most recent mock draft has the 6-foot-1-inch, 249 pound running back going to Minnesota. The Vikings employ a future Hall of Famer in Adrian Peterson, and that may have something to do with Foreman’s selection.

With Adrian Peterson’s future in Minnesota up in the air, the Vikings could find his replacement in Foreman. A big body runner who ran for more than 2,000 yards this season, Foreman has the power to run through defenders and enough speed to get past them.