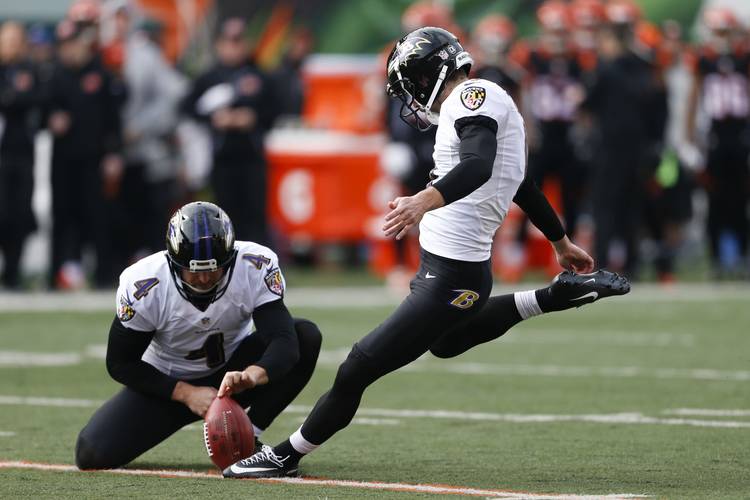 Baltimore Ravens kicker Justin Tucker (9) kicks a field goal alongside punter Sam Koch (4) in the first half of an NFL football game against the Cincinnati Bengals, Sunday, Jan. 1, 2017, in Cincinnati. (AP Photo/Gary Landers)

Justin Tucker has cemented his position as football’s best kicker with his performance in 2016.

In most Longhorn fans’ minds, this happened long ago against Texas A&M. But just to make sure, Tucker, who will be going to the Pro Bowl again this year, was named by Pro Football Focus as the league’s first-team kicker.

Here’s what the folks there said:

Justin Tucker was the best kicker in the game this season, and the gap between him and the rest of the field is significant. He made 38 of 39 attempts, with the one black mark on his season being a blocked kick against the Patriots where Shea McClellin hurdled the line to get in the way. Tucker had, in effect, the perfect season from an individual standpoint.

“The perfect season from an individual standpoint” doesn’t get more clear than that.

In honor of this, here’s Tucker beating Texas A&M again:

OU fans are not happy about team’s Kevin Durant shoes