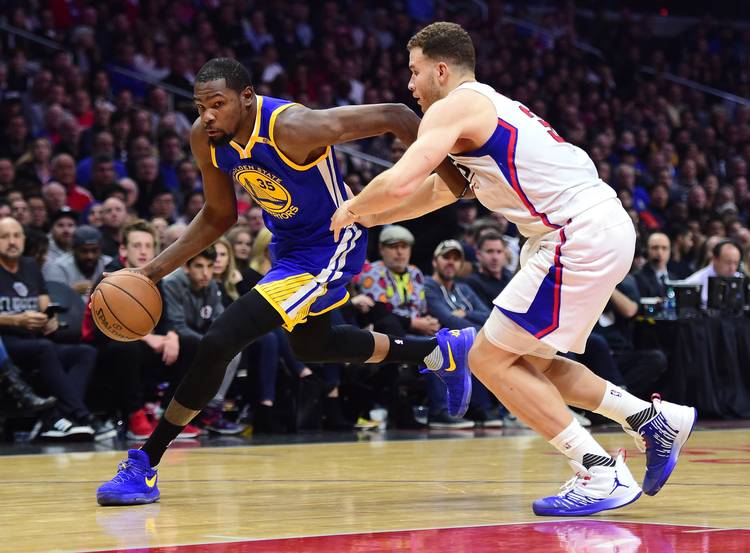 Kevin Durant #35 of the Golden State Warriors drives on Blake Griffin #32 of the LA Clippers during the first half at Staples Center on December 7, 2016 in Los Angeles, California. NOTE TO USER: User expressly acknowledges and agrees that, by downloading and or using this photograph, User is consenting to the terms and conditions of the Getty Images License Agreement. (Photo by Harry How/Getty Images)

Here’s a throwback for you: It’s 2005, the Texas football team is preparing for it national title run, Rick Barnes has the men’s basketball team running on all cylinders and Kevin Durant is in high school. Slam Magazine dug up this old clip of an AAU game featuring a young Durant, about to head into his senior year, and rising sophomore named Blake Griffin facing off in an AAU game that summer.

This video is pretty great. Notice the future Heisman Trophy winning, No. 1 pick in the NFL draft playing? Yeah, that really is Sam Bradford playing with Griffin.

Enjoy the first 20 seconds of this video.