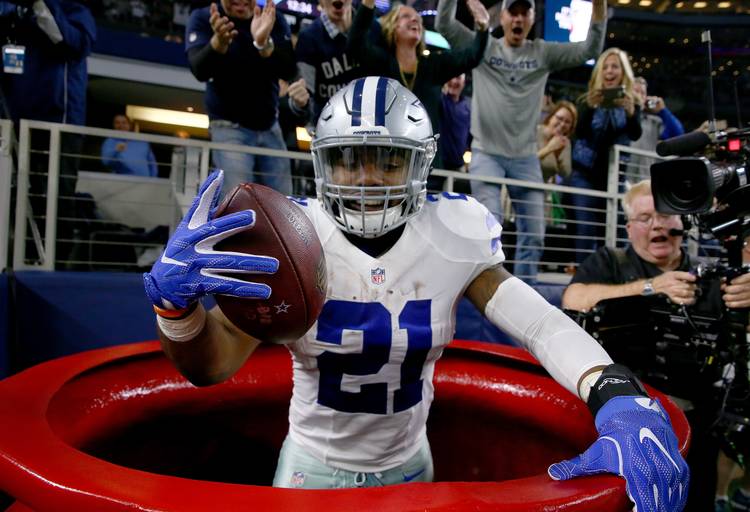 The proof is in the numbers.

By now, you’ve undoubtedly heard Texas coach Tom Herman list them off: 108 combined years recruiting the state of Texas and 17 years of head coaching experience in the state’s high school ranks. The staff Herman has assembled leaves no assumptions — the Longhorns plan to take back the best prospects in Texas.

RELATED COVERAGE: Charlie Strong was a football coach. Tom Herman is a CEO.

One of the coaches who will help with that effort is Herman’s new right-hand man, Stan Drayton. The associate head coach and run game coordinator has a resume that speaks for itself. Just look at this graphic Herman tweeted out on Wednesday.

Not only has Drayton had a hand in producing some of the best running backs in the NFL, but he has also recruited some of the most talented high school players wherever he’s been — especially under Urban Meyer at Florida and Ohio State.

Check out these stars that Drayton brought to those blue-blood programs, according to recruiting website 247Sports.com.

Even though they probably hate it — and it seems like a really bad idea to anger the Pouncey twins — we’ll tie these two together as one recruitment. Maurkice and Mike were key pieces of Florida’s 2008 national championship team, and both ended up being first-round draft picks a year apart. Combined, they have been to seven Pro Bowls. Getting them both to come to Gainesville was an absolute coup.

One of the breakout stars of the 2016 college football season was a Drayton recruit. It has been well-documented that Samuel, a Brooklyn native, came from a place not normally scouted heavily by blue-blood programs. The Ohio State coaching staff looked past the perception of New York City as an inferior breeding ground for gridiron talent, and the Buckeyes were the first major program to reach out to Samuel.

If Marshon Lattimore opts to follow his Ohio State teammates to the NFL — which he likely will — he will likely be one of the first cornerbacks taken in the draft. This wasn’t exactly the hardest sell for Drayton, as the Cleveland Glenville product followed a well-traveled pipeline to Columbus (Troy Smith, Ted Ginn Jr., Cardale Jones, etc.), but selling a flagship institution to in-state recruits is exactly what Drayton will be tasked with in Austin.

Before he won the Heisman Trophy and became an NFL superstar, he was a blue-chip recruit out of Westlake High School in Atlanta. Drayton and the Gators beat Georgia, Maryland and Oklahoma among others to land Newton. He backed up Tim Tebow in 2007, then took a medical redshirt in 2008 before transferring to Blinn College in Brenham amidst legal and academic troubles.

Rookie of the Year? Ezekiel Elliott might be the MVP of the entire NFL during his rookie season with the Dallas Cowboys, and Drayton can take a lot of the credit for that. After all, he’s the one who recruited Elliott to Ohio State, then developed him into one of the most complete running backs in football once he got there. But why am I explaining this, when Elliott put it perfectly at last year’s NFL Draft Combine.

“Stan Drayton, that’s my guy,” he said. “He was hard on me since I got on campus and he’s really the biggest reason why I’m the running back I am today. He made sure when I learned this position that I learned it thoroughly. I learned not just what I do, but what the guys around me do. That made me understand the game so much better. He taught me how to anticipate instead of just playing off of reactions and instinct. That made me play faster and made me a great player.”