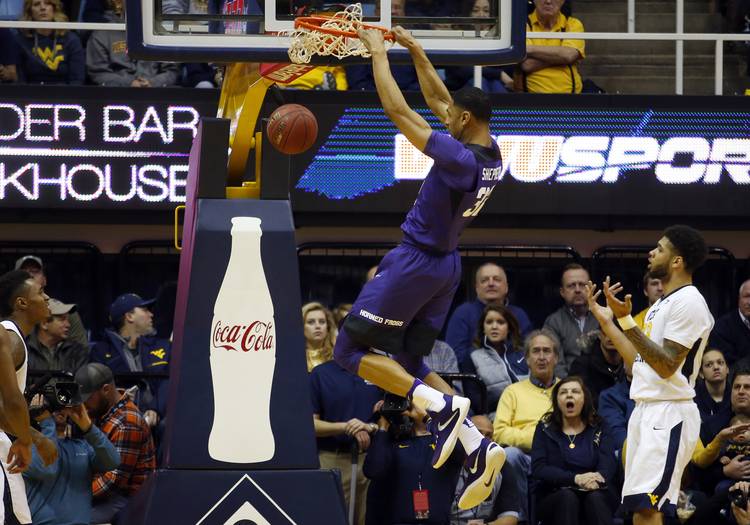 Karviar Shepherd (32) of the TCU Horned Frogs dunks against the West Virginia Mountaineers at the WVU Coliseum on January 7, 2017 in Morgantown, West Virginia. (Photo by Justin K. Aller/Getty Images)

Series history: Texas leads the all-time series 107-63. The two teams split the regular-season series last season, each winning on their home floor. The Longhorns have won 16 of the last 18 games in the series.

About the Longhorns: Coach Shaka Smart admitted that Jarrett Allen’s six turnovers in the first half against Iowa State wasn’t ideal. However, he’s still enthusiastic about the 6-foot-11 freshman’s overall progress. “Jarrett Allen is such a better player and he’s grown so much as a person since June,” Smart said. “Listen, there’s a lot that people may say or expect things. I think he’s doing a lot of terrific things, and he’s going to have some ups and downs like any other freshman. I think he’s handling it really, really well.” … Smart said Monday that G Kendal Yancy (high ankle sprain) will likely miss both the TCU and West Virginia games this week. … G Kerwin Roach Jr. made 10 of 12 shots in the last two games with 11 assists and five turnovers.

About the Horned Frogs: First-year coach Jamie Dixon has transformed the Frogs into a competitive squad again. Prior to joining TCU, Dixon led Pittsburgh to 11 NCAA Tournament appearances in 13 seasons. … F Vladimir Brodziansky is second in the Big 12 with 2.2 blocks per game. He helped TCU block 13 shots, the third-highest total in school history, against Oklahoma. … Senior Karviar Shepherd has been through some tough seasons in Fort Worth. He’s been a key leader for Dixon in the transition with a new coaching staff. Shepherd is averaging career highs in shooting (.574) and free-throw shooting (.750). … G Kenrich Williams has finished in double figures in four of the last five games. He also dished out a season-high 10 assists against SMU on Dec. 7.

Is there a star walk-on on Texas’ roster?