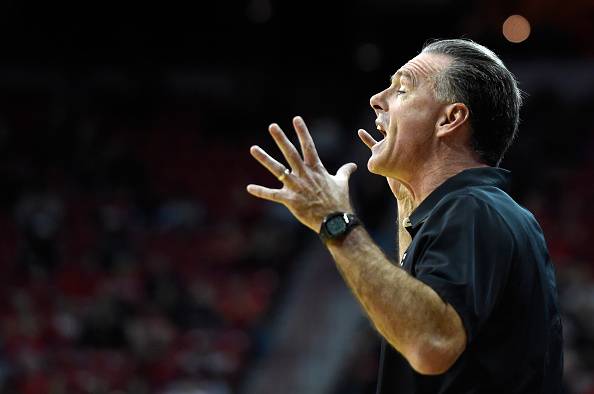 The all-time Texas men’s basketball team is off to a 3-0 start (according to our polling data) in matchups against other Big 12 squads’ all-time teams.

And now comes the Horned Frogs.

For new coach Jamie Dixon, a win over Texas this week will likely do wonders to his in-state recruiting and be a nice boost to his program that’s had a strong season so far with a 12-3 record.

But here are the facts: TCU isn’t a historical basketball powerhouse. Their new coach was on the last conference championship team for TCU and that was in the 1980s. But that doesn’t mean great players haven’t played ball in Fort Worth. Just not many household names, like Texas. That said, it’s not looking too good for the all-time TCU team against Texas, let’s take a look.

TCU is going all-in on post play and offense. Browder is the all-time leading scorer in program history with 1,886 and was a three-time first team All-SWC pick. Santee is second 1,832 with  Nailon put together the best two-year stretch in TCU history with averages of 24.9 and 22.8 in his two years. Smith averaged 17.9 and 17.5 pts. and 11.4 and 9.8 rebounds in senior and junior seasons at TCU. lots of height with three centers/power forwards, but Texas starts two 7-footers, so they’re still going to be undersized.

Rick Barnes’ bench rival is none other than one of the best named coaches ever: Jim Killingsworth. He coached TCU from 1979 to 1978 and went 130-106 at TCU.  His teams were nicknamed the “Killer Frogs.” We reserve the right to change this pick at halftime to Jamie Dixon.

We expanded Texas’s bench for the Iowa State game with DJ Augustin and Avery Bradley in the mix. For this game, we need a little more toughness, so enter: Damion James. He was part of the recruiting class that brought in Kevin Durant and Augustin to Texas, but he’s the only one of the three that starred for four seasons. He averaged 18 and 10 his senior year! TCU is countering with more scoring in Carven Holcomb, the third all-time leading scorer behind Browder and Santee. We’ll throw in two old school TCU All-Americans to round out the eight man rotation in Dick O’Neal and George McLeod (both 6-foot-7-inch centers who were Helms Foundation All-Americans in the 1950s).