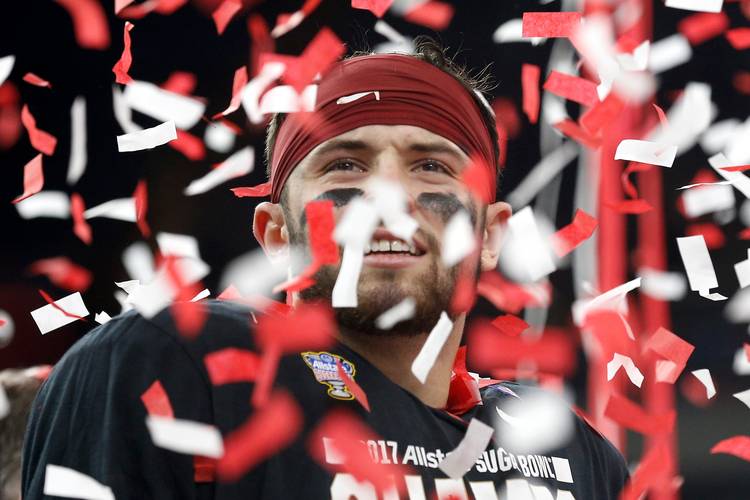 Baker Mayfield of the Oklahoma Sooners celebrates after defeating the Auburn Tigers 35-19 during the Allstate Sugar Bowl at the Mercedes-Benz Superdome on January 2, 2017 in New Orleans, Louisiana. (Photo by Jonathan Bachman/Getty Images)

Two years running with no bowl bids for the Texas Longhorns might be taking its toll on the Austin market.

Austin reached the top 10 in television viewership for just one of the big New Year’s Six games — the Sugar Bowl.

With Big 12 champion Oklahoma playing in that game, Austin checked in at No. 5 nationally with a 10.1 rating.

Not only was the Sugar appealing here because of the Big 12 angle, but the Sooners’ three skill-position stars are from Central Texas: quarterback Baker Mayfield (Lake Travis), running back Samaje Perine (Hendrickson) and wide receiver Dede Westbrook (Cameron Yoe).

These were the top 10 markets for the Sugar Bowl:

For a complete breakdown of the TV ratings for the New Year’s Six Bowls, click here. We also put together TV ratings for every metered bowl and ranked all 42 bowl games in attendance.

Longhorns in the NBA: Through Jan. 12