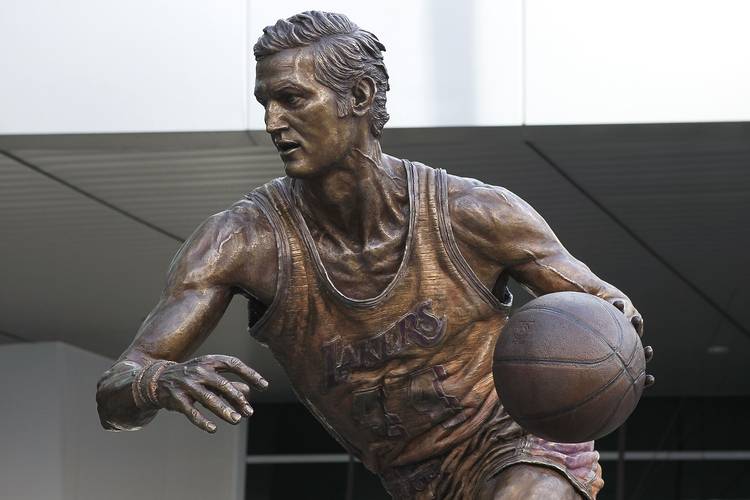 A statue is displayed outside Staples Center for former Los Angeles player and general manager Jerry West on February 20, 2011 in Los Angeles, California. NOTE TO USER: User expressly acknowledges and agrees that, by downloading and or using this photograph, User is consenting to the terms and conditions of the Getty Images License Agreement. (Photo by Jeff Gross/Getty Images)

There hasn’t been many teams that could honestly beat the all-time Texas team since we started this series with Kansas State. A lot of that is because T.J. Ford was better, possibly way better, than all the point guards we’ve mentioned so far.

Until this post. Because West Virginia’s all-time team just may be better, possibly way better, than Texas despite Ford, Kevin Durant and LaMarcus Aldridge.

*Freshmen were not eligible to play on varsity

All five starters for West Virginia’s all-time team averaged at least 19 points a game as seniors. West is one of the 10 -15 greatest basketball players to walk the face of the Earth, Ford has his hands full. Hundley was the No. 1 overall pick in 1957 and two-time NBA all-star, Mays has his hands full.  Pittsnogle became a folk hero during the Mountaineer’s Sweet 16 and Elite 8 runs in 2005 and 2006 and shot better than 40 percent from 3-point, Durant will have to guard him. Because this team has four shooters on the floor and scoring machines in West and Hundley, this is the toughest matchup Texas will face yet. Aldridge would be huge in this game for Texas.

However, even with Pittsnogle, this can always happen:

Barnes’ matchup is against Bob Huggins. Sure, Gale Catlett coached at West Virginia from 1979-2002 and won 439 games. But Bob Huggins is an all-time great with 800 career wins and in nine seasons in Morgantown has nearly half of those many wins (201). Plus, we want to see Jerry West and Huggins together. Rick Barnes has his hands full.

With Blanks, we’ve added the second part of “BMW” and maybe we’ll have to complete the set.

Who would win the all-time matchup? Texas men versus West Virginia https://t.co/PLjKwBQUvC #HookEm

Wait, does #SaltBae have his own infatuation… with the Longhorns?