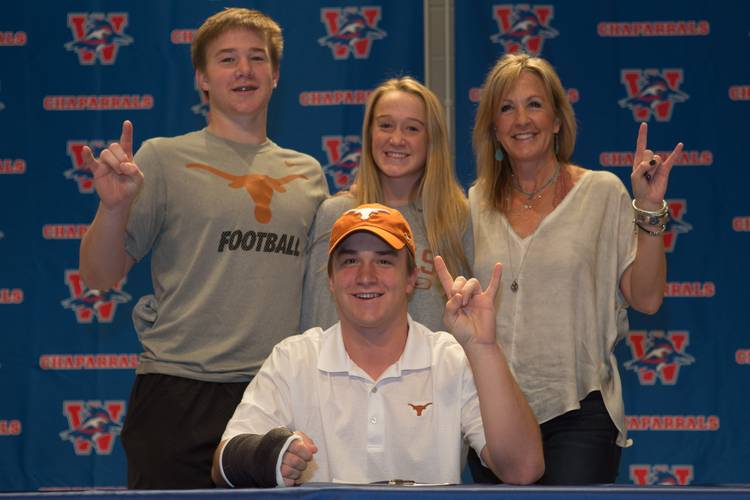 Texas officials confirmed Saturday that three members of the 2017 recruiting class are now on campus and ready to begin classes next week.

Quarterback Sam Ehlinger of Westlake tweeted out a photo of his new locker inside the locker room on Friday with the word “Official.”

Running back Toneil Carter from Houston Langham Creek also enrolled early. He was the first high school player to commit to Tom Herman after the new coach was hired from Houston. Carter rushed for 1,031 yards and scored 18 touchdowns as a senior.

The university could not confirm any of the new athletes until they arrived on campus with the intent of enrolling at school, according to NCAA rules.