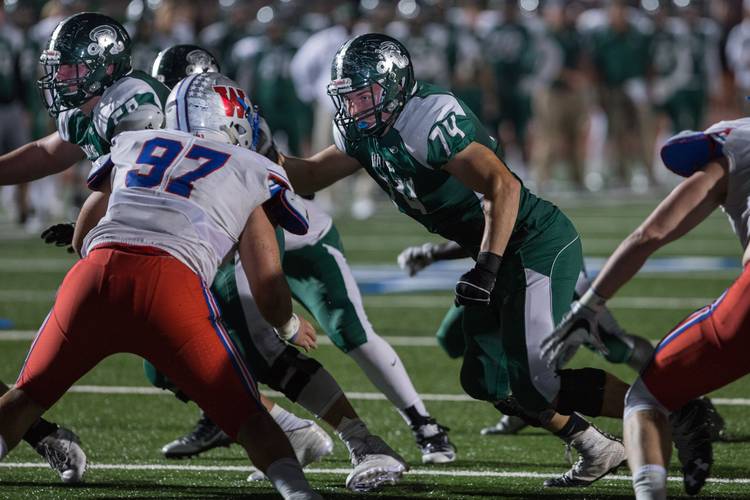 Six of the 10 prospects Texas hosted over the weekend were already committed. One of those players is San Antonio Reagan product Derek Kerstetter. The 6-foot-4, 300-pound offensive lineman pledged to Texas after an offer from Tom Herma and the new staff.

“It was awesome. We all had a great time,” said the former Oklahoma State commit. “The tradition, the coaches, being around the players – it was great.”

Kerstetter wasn’t offered by the previous staff, but he wasn’t unfamiliar with Texas. He lives 100 miles away and attended a Texas game in the past. Still, the weekend offered him a chance to visit with future teammates, see the facilities and have a “great talk” with Herman.

“I knew Texas is where I wanted to be,” he said. “We arrived Friday and hung out with the coaches, had dinner and explored campus.”

One of the priorities remaining in the class is fellow offensive line prospect Grant Polley. The Denton High School product is committed to Colorado.

“I hung out with Grant a lot on the trip,” Kerstetter said. “I told him all the great things about Texas. We got along great. The committed guys obviously try and let the uncommitted guys that we want them here. But at the end of the day each person needs to do what’s best for them.”