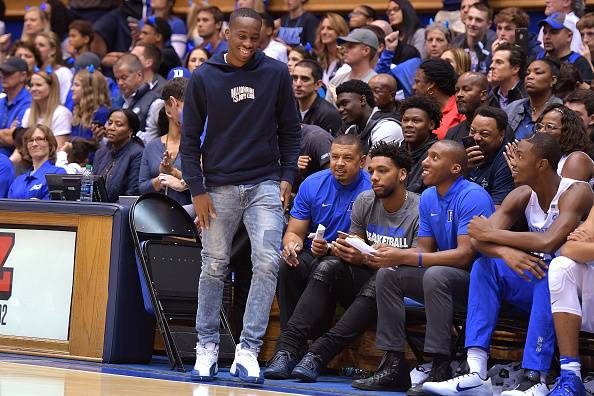 The 6-foot-1 prospect from Virginia fills an immediate need for Smart and the Longhorns. It’s likely the nation’s 31st-best overall player goes into the starting lineup the instant he lands on campus.

“(Smart) said, ‘Matt, the keys are yours. Lead us to a national championship,’” Coleman said after announcing his decision on ESPNU. “I said, ‘I got you.’”

Under former coach Rick Barnes, Ford lifted the Longhorns out of the pack and guided them to the Final Four. Smart and his current staff believe Coleman can have that kind of impact for them.

How important was Coleman? The UT coaching staff made the tactical decision not to pursue any other point guards in the 2017 class, at least none with the laser-like focus they had on Coleman. Their pitch was simple — Duke wanted Coleman; Texas needed him.

“From the jump, I know that what I do, I’m peer, I’m poised and I’ve got a little savvy in my game,” Coleman said. “They’ve got a lot of scorers. They just need somebody to get them the ball and make life easier for them.”

Per NCAA rules, Smart cannot comment on Coleman until he signs a national letter of intent. The next window opens in mid-April.

Needless to say, there was palpable excitement inside Cooley Pavilion on Monday as Smart is now 2-0 on landing extreme high-profile recruits, five-star big man Jarrett Allen being the other.

Smart got considerable face time with Coleman as the head coach of the Team USA Under-18 squad that played in Chile. In five games against some of the world’s best players, Coleman averaged 7.8 points and 4.4 assists in five games. He shot 53 percent overall and went 5 for 12 from 3-point range.

As a senior at Oak Hill, Coleman is averaging 10.7 points and 6.2 assists per game while shooting 58 percent overall. The school is located in Mouth of Wilson, Va.

By adding Coleman, the Longhorns have a well-rounded recruiting class for 2017. Shooting guard Jase Febres and forwards Jericho Sims and Royce Hamm are all considered four-star prospects by 247Sports.

The coaching staff is still in pursuit of 6-foot-11 forward Mohamed Bamba, a five-star athlete tabbed the third-best prospect in the nation and best in New York.