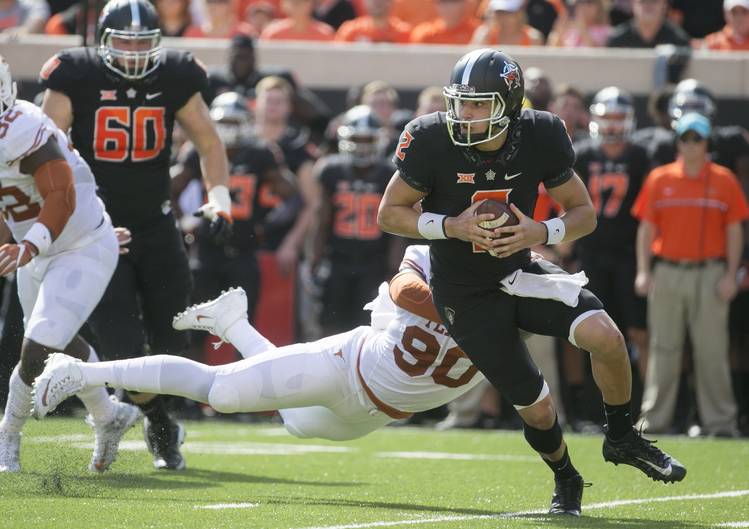 As the focus continues to shift to this coming fall, many college football reporters are starting to create their very early preseason award watch-lists. And there’s no bigger college football award than the Heisman Trophy.

Southern California’s Sam Darnold comes in at No. 4 after a breakout red-shirt freshman season (he has positioned himself a big-time NFL draft prospect as well, since he could leave after next season).

Meanwhile Oklahoma State’s Mason Rudolph and Lake Travis’ own, and Oklahoma quarterback, Baker Mayfield come in at Nos. 3 and 2. Mayfield follows favorite and reigning Heisman candidate Lamar Jackson as No. 2, while Rudolph is third. Mayfield has been a Heisman hopeful the last two seasons and was in New York last month. Meanwhile Rudolph had a 92.2 grade season grade according to the website.

The Longhorns play USC on Sept. 16 in Los Angeles and  play Mayfield and Rudolph in back-to-back weeks on Oct. 14 (Oklahoma) and Oct. 21 (in Austin against Oklahoma State).

Following exit from Texas track team, John Burt to focus only on football