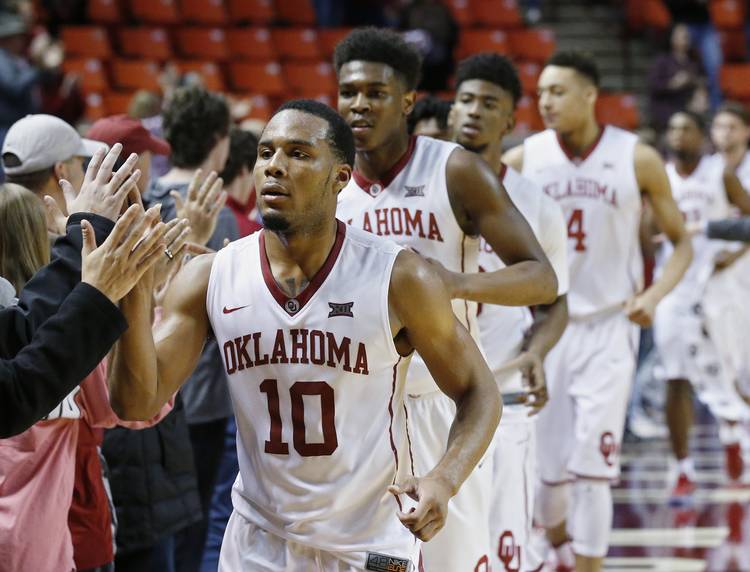 About the Longhorns: G Andrew Jones had plenty to be happy about after the Kansas game. He was 6 for 9 shooting and finished with 15 points, the third straight game he’s scored 15 or more. After starting all season, Jones has come off the bench in the last three games. Watching the first few minutes may be best for now. Still, Jones believes the guards should feed the big men, including Jarrett Allen. “He likes the ball on the low post,” Jones said. “I like him better off the pick-and-pop. He’s very versatile. No matter where you put it, he can do whatever.” … F Shaq Cleare had his string of 21 consecutive made free throws snapped over the weekend. It was the longest streak since J’Covan Brown hit 28 straight free throws in January 2012.

About the Sooners: Coach Lon Kruger’s club probably did a little soul searching on Sunday after jumping out to a 19-point, first-half lead against Iowa State and then losing in double overtime 92-87. OU also had a six-point lead in the first OT. “Yeah, that was disappointing for sure. We’d like to finish it out from that point,” Kruger said. … G Jordan Woodard scored all 21 of his points after halftime against the Cyclones. He’s scored at least 18 points after halftime in three consecutive games. Woodard currently ranks 14th on the school’s all-time scoring list with 1,399 career points. … F Kristian Doolittle is coming off the first double-double of his career. He had 15 points and 15 rebounds against Iowa State, making it OU’s first 15/15 game in three years.