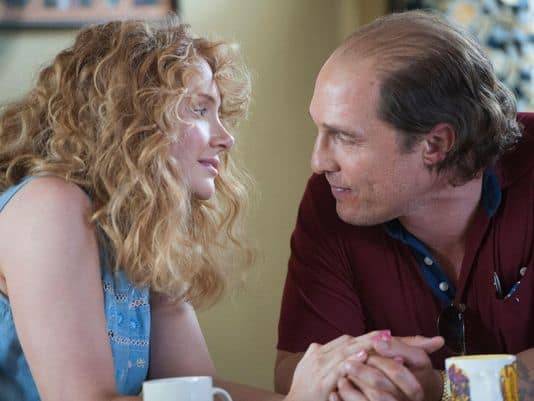 Remember that sun-soaked afternoon not long ago when West Virginia Mountaineers coach Dana Holgorsen came to Royal-Memorial Stadium, screamed and spit everywhere, and said some not-very-nice things about the Longhorns?

(To be fair, West Virginia did win the game.)

Well, it appears Texas superfan Matthew McConaughey took some inspiration from Holgorsen. So much inspiration that he decided to honor the West Virginia coach in his new film, “Gold.” In a wide-ranging interview with Austin American-Statesman reporter Joe Gross, McConaughey spilled the beans on the true inspiration for his character’s unflattering hairline.

I haven’t told anyone else this. I went to the hair lady, said, ‘It’s this guy’s hair,’ and handed her a picture of Dana Holgorsen,” McConaughey said, laughing uproariously.

The resemblance is unmistakable, and extra hilarious for any college football die-hard. McConaughey 1, Holgorsen 0.