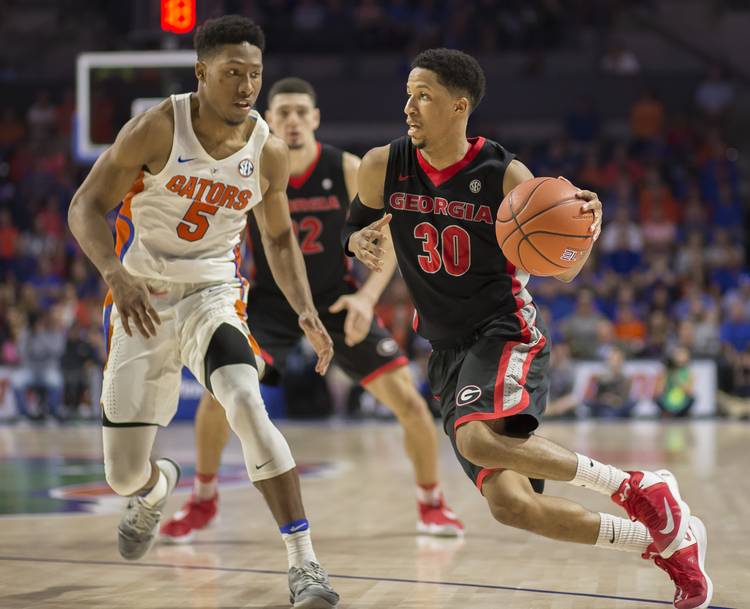 About the Longhorns: Shaq Cleare’s performance the last two weeks is a testament to his offseason conditioning work and increased cardiovascular strength. The 280-pounder is averaging 15 points in 27.8 minutes in the last four games. Prior to this season, he never averaged more than 13.8 minutes, something he attained as a sophomore at Maryland during the 2013-14 season. … Monday’s win over Oklahoma was the third game in the last two seasons Texas has won in the last two seconds. Javan Felix (No. 3 North Carolina) and Isaiah Taylor (Stanford) also hit last-second shots just like Andrew Jones did with 1.8 seconds left against the Sooners. … Texas returns home to finish the first half of Big 12 play on Wednesday against Texas Tech.

About the Bulldogs: Currently in the middle of the SEC pack, Georgia is coming off a frustration 80-60 home loss to Alabama in a game where coach Mark Fox was ejected. It capped a three-game run where the Bulldogs feel the stars were aligned against them. Georgia ran into foul trouble in a four-point loss to Florida. A win over Vanderbilt was followed by a loss to Texas A&M marked by a confusing clock malfunction. … G J.J. Frazier and F Yante Maten are a dynamic scoring combo. Frazier is currently ninth in the SEC in scoring and poured in more than 1,300 points during his career, second-most among active players. … The Bulldogs are the worst 3-point shooting team in the SEC, having made 31.6 percent of their shots beyond the arc.