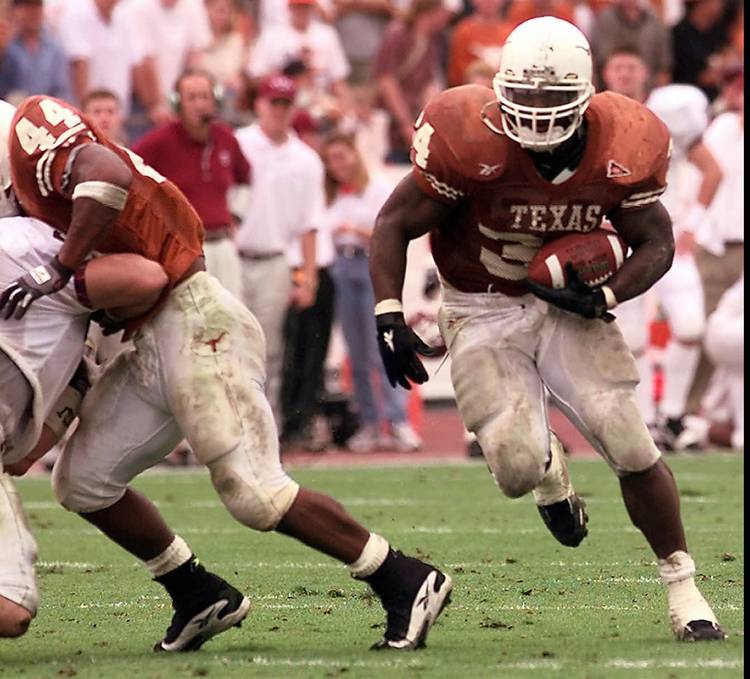 One more day. Before the next class of Texas recruits becomes official on Wednesday, let’s take one more look back at the recruits of years past.

If you’ve been following this series closely, you’ve learned a lot about recruits that were landed by Charlie Strong and Mack Brown, and can probably recite Texas’ top five recruits since 2000 in your sleep.

For this last one we’ll attempt to go back a bit further, picking out one program-changing recruit landed under each of the previous five Longhorns coaches.

RELATED: How Malik Jefferson’s mother helped him snap out of his funk

Strong made steady strides in recruiting during his three-year tenure. While his best class arrived last fall, his top recruit came in 2015. Malik Jefferson became the first top-ranked recruit in the state to choose Texas since Jackson Jeffcoat in 2010. After a stellar freshman campaign, those expectations weighed on Jefferson a bit last fall. He still showed flashes of brilliance — such as his second-half performance against Baylor — but Texas fans will hope to see the former blue-chip recruit become a consistent game-changer as a junior.

As has been said in different ways throughout this series: Duh. Young came in as the top recruit in the nation in 2002. All he did was bring Texas its first national championship in 35 years and forever change the way college football views the quarterback position. That turned out alright, alright, alright.

Here’s where things get a little inexact. Recruiting rankings were a far cry from what they are now during Mackovic’s stay on the 40 Acres from 1992 to 1997. Unlike previous and future regimes, Mackovic strayed far from home and recruited California. According to ESPN’s Tom Lemming, Williams was the No. 2-ranked fullback in the 1995 class. Williams said Longhorns defensive backs coach Steve Bernstein made first contact, and the rest is history.

Full disclosure: Morenz actually arrived as part of the 1992 recruiting class, shortly after McWilliams was fired. But, according to Lemming, Morenz was the top pro-style quarterback from the class. He had suitors from around the country but chose Texas, so McWilliams gets a lot of the credit for landing him. Morenz had his best season as a sophomore in 1993 before James Brown eventually beat him out for the starting job.

Akers went out of state to land perhaps Texas’ greatest player of the 1980s. A two-sport star at Bishop O’Connell High School in Arlington, Va., Metcalf had offers from around the country. He committed to Miami, but said his parents wanted him to go to Notre Dame. “I told them I didn’t want to go to Notre Dame,” Metcalf told the Waco Tribune  this week. But then Coach (Fred) Akers came to see me, I loved the visit there. I chose Texas which was the perfect spot for me.”