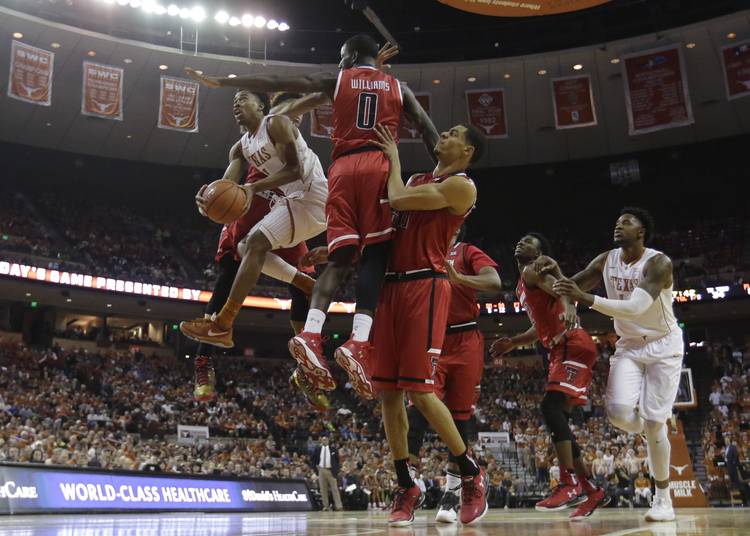 Series history: Texas leads the all-time series 83-55 after the two teams split the regular-season series last year. In fact, the Longhorns have dominated this series throughout the last decade. Tech’s only four wins since the 2004-05 season all came in Lubbock.

About the Longhorns: Last Saturday’s 59-57 loss to Georgia was the second time in the last seven games Jarrett Allen did not take at least 10 shots. He was 2 for 7 from the floor and finished with four points. If Allen isn’t taking a bunch of shots, the Longhorns probably don’t have a good chance to win. The Longhorns shoot just 30.8 percent from 3-point range, which sits 323rd nationally. That’s 24 spots from dead last in Division I. … James Banks logged 24 minutes against Georgia, his highest total since the season opener, and finished with five points and four rebounds. “I was really enthused by the way he approached the game Saturday,” coach Shaka Smart said. … Three of the Longhorns’ six conference losses have come by three points or less.

About the Red Raiders: First-year Chris Beard presides over one of the best shooting teams in Red Raiders’ history. Tech currently shoots 49.3 percent, which ranks 13th nationally and sits as the highest total since the 1988-89 squad shot 49.7 percent. The Raiders also shoot 38.4 percent from 3-point range, the 44th-highest total in Division I. … Tech is 10-0 this season against teams with a NCAA RPI ranking higher than 150th. Texas sits 142nd overall. Beard’s squad is also 10-1 when leading at halftime. … Zach Smith had a career-high 25 points in Saturday’s 77-64 win over LSU as part of the Big 12/SEC Challenge. Three others finished in double figures as the Red Raiders were 10 for 15 from 3-point range in the first half but cooled after the break.

Countdown to Signing Day: Top 5 recruits brought in by the past 5 Texas coaches