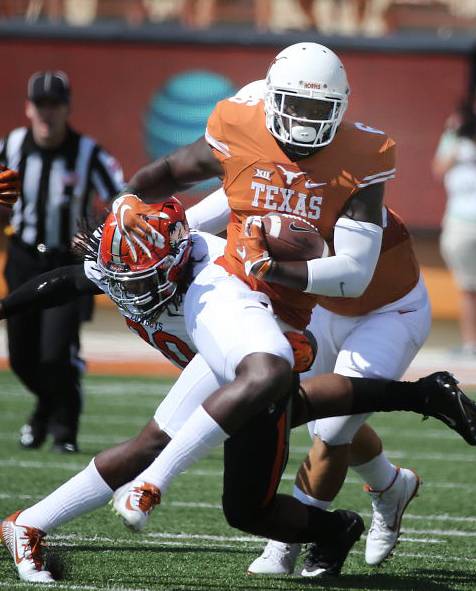 For the third year in a row, DeAndre McNeal will play football in a different time zone.

McNeal has decided to continue to career at Florida Atlantic, choosing the Owls and new coach Lane Kiffin over schools like UCLA, Missouri and North Texas. The three-star receiver spent his sophomore year at Fullerton College, a junior college in California.

McNeal was a member of Texas’ 2015 recruiting class, but he was suspended from the team this past summer for violating team rules. He then announced that he would transfer. A teammate of Texas linebacker Malik Jefferson at Mesquite Poteet, he recorded one rushing attempt during his freshman year.

Meet the new Longhorns: Brenham LB Marqez Bimage will ‘meet all the measurables’