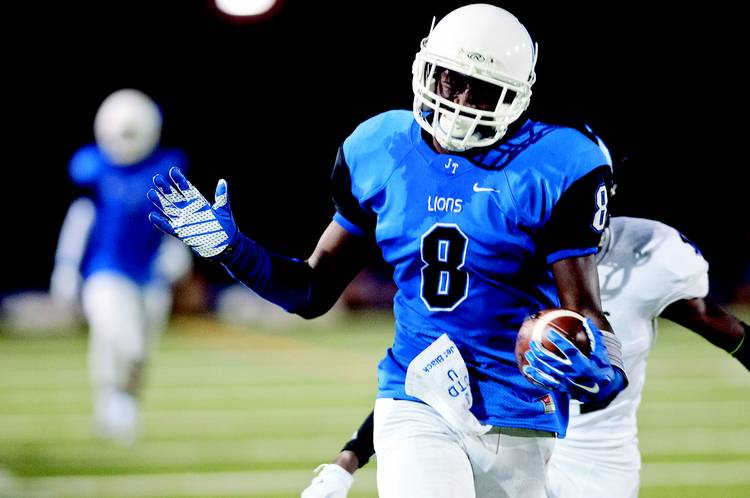 John Tyler's Damion Miller (8) reacts after realizing he stepped out of bounds during their game against Longview in the Trinity Mother Frances Football Classic Saturday night. (Sarah A. Miller/Tyler Morning Telegraph)

Update: Miller’s combination of athleticism and technique makes him a candidate to earn snaps as a freshman. A holdover pledge of Charlie Strong’s, Miller remained committed to Texas after the coaching change and is one of the top five players in the Longhorns’ class. Long-tenured commitments can get lost in the shuffle. Miller probably falls into that category; he’s a player that Texas fans and coaches would’ve coveted down the stretch heading into signing day. Miller can play inside or outside. He’s a smooth route runner with big-play ability after the catch. His jumping ability makes him a red zone threat.