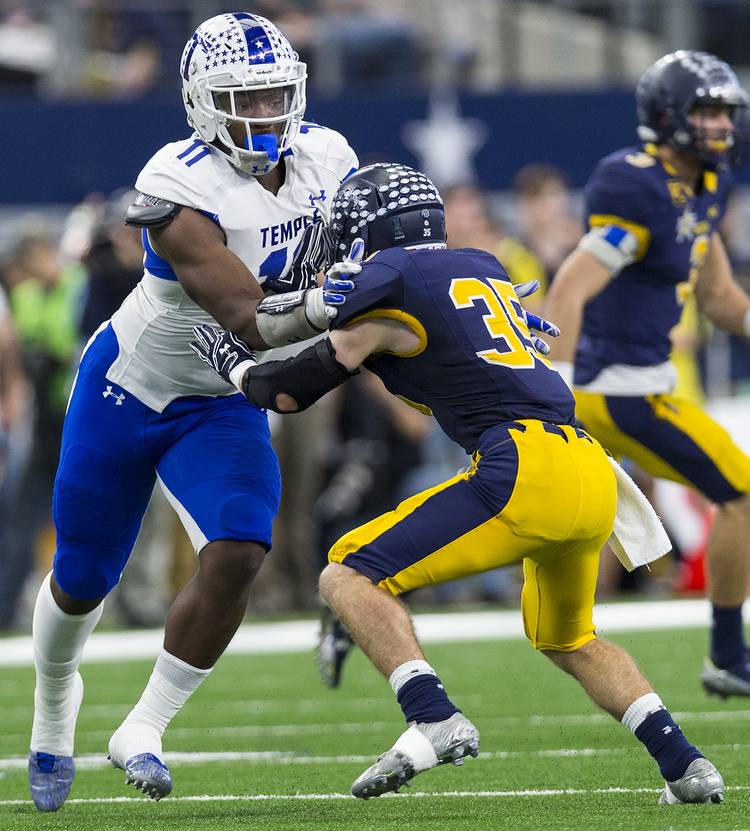 Update: Texas held off a late surge from Oklahoma to secure Graham’s signature. A big defensive end with the athleticism to rush the quarterback, he was already committed when Tom Herman was hired and is one of Herman’s biggest gets for 2017. Graham has the size to play multiple spots along the defensive line. That versatility will serve him well in Todd Orlando’s defense. He can play with his hand on the ground or as a stand-up rusher off the edge. And if he puts on 20 pounds in college, Graham could grow into a three-technique defensive tackle with a high motor.

Tom Herman talks about Texas’ class: ‘It already is’ a success

Meet the new Longhorns: Hooks’ Montrell Estell ‘a freak athlete we want on our team’