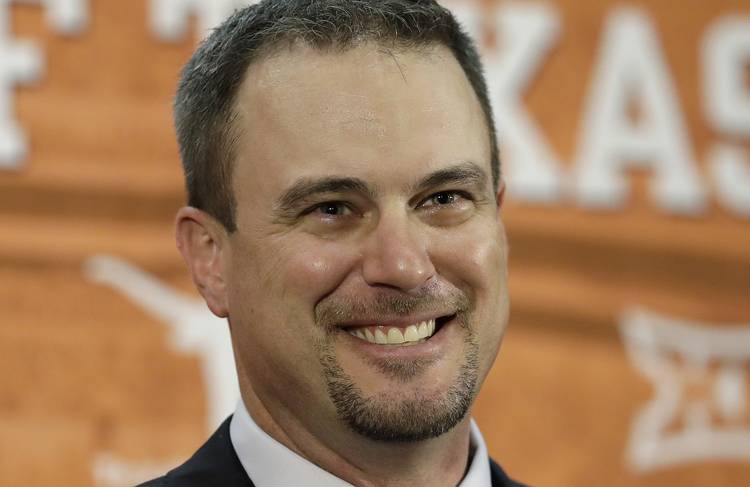 Longhorn Network gave a bit of a peek behind the curtain, tweeting out a video of Tom Herman and the Texas coaching staff inside the coaches offices.

The lasting image of signing day is always the glamorous signing ceremony, but there’s something about Herman shuffling cell phones that perhaps best captures the chaos.

A new coaching staff, a new signing class. Take an all access look at a busy war room on National Signing Day. #UTNSD#TexasStampedepic.twitter.com/6CJrkFQfxv

As expected, the coaches were also busy blasting messages out across social media.

Fired up for @derekk40 & @SamCosmi to join our O-Line Unit! Can't wait to coach these two dudes! #HookEm #1-0 #OLP pic.twitter.com/pDhVPnmQn7

Can't wait to work with these guys! @TonyTQuist @mattjlange #HookEm🤘🏾🐂