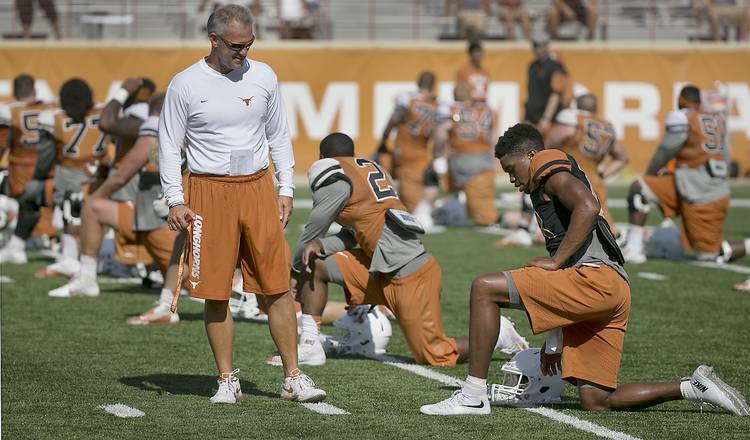 Shawn Watson is back running an offense after the University of Pittsburgh hired the veteran coach on Thursday.

Watson, who spent last season on Indiana’s coaching staff, becomes an offensive coordinator for the first time since being demoted at Texas following a disastrous 2015 opener against Notre Dame. Watson’s unit yielded three points in a 38-3 loss in South Bend. Watson spent the rest of the season as the quarterbacks coach.

“Shawn Watson was one of my first mentors in this business,” Pittsburgh head coach Pat Narduzzi said in a release on the Pittsburgh athletic department’s website.  “He sat me down as a young coach and taught me how to work with wide receivers in my first full-time job at Miami in the early 1990s. Ever since that time, we have always talked about being able to reunite on the same staff again. I’m really thrilled that the time has finally arrived and he’ll be joining us at Pitt as our new offensive coordinator.”

Watson is quoted as saying that he is “honored and excited” to join the Pitt staff.

While the release highlights Watson’s work at Louisville with former Texas coach Charlie Strong, as well as his time at Miami (Ohio), it doesn’t mention his rough two seasons at Texas. The Longhorns averaged 337.3 yards per game in 2014, the second-worst total in the Big 12. Watson’s attempt to change the Texas offense from a West Coast passing system to a spread attack didn’t work out well in 2015, and Watson was ousted after one game.