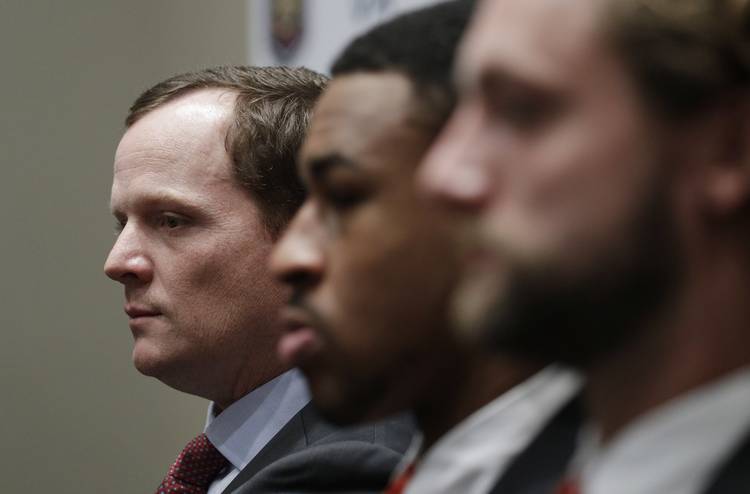 Texas coach Tom Herman was hired nearly two months ago, but the coach has been so busy recruiting the Class of 2017, hiring graphic artists and planning the renovations at the Texas facility, that he hasn’t bought a house yet.

Instead, the coach had been living in a 900-square-foot, two-bedroom apartment on South Lamar while his wife and three children (and a “yap-yap” dog) remain in Houston for the time being.

That all changed on national signing day, according to a Dallas Morning News report.

The former University of Houston head coach is moving into a new place, a rental home in Austin, and the Hermans will have a little more room. And he knows his landlord pretty well.

The house is owned by none other than Major Applewhite, former Longhorn quarterback and new head coach of the University of Houston.

Yes, Herman former offensive coordinator who replaced him as the head coach of teh Cougars is now responsible for routine maintenance (can he fix a sink disposal?) and other landlord duties. Hopefully Applewhite allows pets, otherwise the Hermans will be that one tenant (anyone know who has lived in an apartment building knows what I’m saying) who is clearly hiding their “yap-yap” dog from the landlord.

Diamond Dust: Texas will be tested early and often in 2017