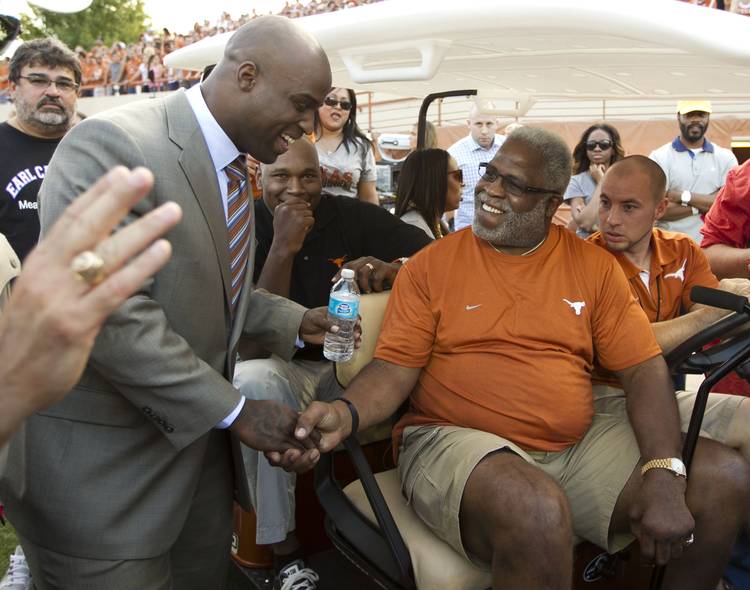 Stumbling into lunch with legends is just par for the course during Super Bowl week, it appears.

That’s exactly what Texas Monthly columnist Matt Mosley did Tuesday, when he ran into legendary Dallas Cowboys lineman Rayfield Wright and parlayed that meeting into dinner with Wright and Longhorns hero Earl Campbell.

RELATED: Earl Campbell: ‘It was real football when Jack Tatum and I hit each other’

Campbell and Wright lamented the fact that the Cowboys weren’t able to make it to Houston, then conjured an image that will jolt the memories of every old-school football fan across the state.

Staring at these two Hall of Famers, one of whom was devouring a cheese enchilada dinner, I asked Campbell how he might’ve fared running behind Wright.

“Big Cat and I would’ve been okay together,” Campbell said. “We’re both country.”