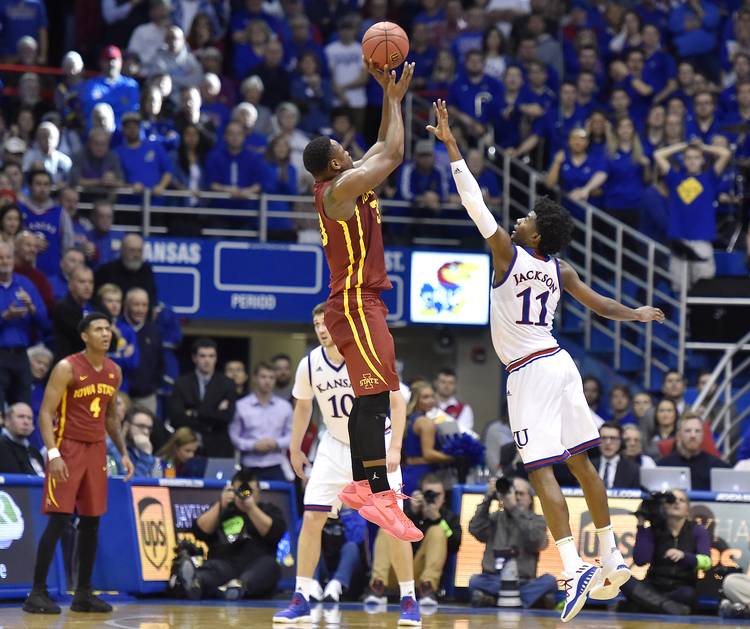 About the series: Texas leads the all-time series 18-16. The Longhorns suffered a 79-70 loss in the first matchup against the Cyclones on Jan. 7 in Ames despite getting 21 points from Kerwin Roach Jr. Iowa State was 10 for 24 shooting from 3-point range.

About the Longhorns: For much of the season, UT’s length and athleticism worked to the team’s advantage on defense. But there were noticeable breakdowns during last Saturday’s 15-point loss at TCU. The Frogs shot almost 52 percent and went 8 for 21 from 3-point range. It was the first time all season UT had allowed its opponent to hit more than half its shots. … G Andrew Jones did not start for six consecutive games but went back into the starting lineup against TCU. He had 14 points. Coach Shaka Smart wasn’t happy with the other end, though. “For whatever reason, the TCU game he was not as good defensively. He’d been really making some progress,” Smart said. … Jarrett Allen sits 15th in the Big 12 in scoring (12.7) and fourth (8.4) in rebounding.

About the Cyclones: Iowa State may still be riding high after accomplishing what few teams ever do — win at Allen Fieldhouse. A stunning 92-89 win over No. 3 Kansas ended the Jayhawks’ 51-game winning streak in Lawrence. Deonte Burton hit seven 3-pointers and racked up 29 points. “We don’t have a guy exactly like him to put on him,” Smart said. “He’s a hybrid of a guy who plays with a lot of power and also a guy who has really good skill, particularly scoring the ball well from outside.” Burton had 27 points against UT when the two teams met on Jan. 7. … As if Burton wasn’t difficult enough, Naz Mitrou-Long hit six more 3-pointers against Kansas. The Horns didn’t have a strong defensive game on Saturday against TCU, which hit eight shots from beyond the arc.