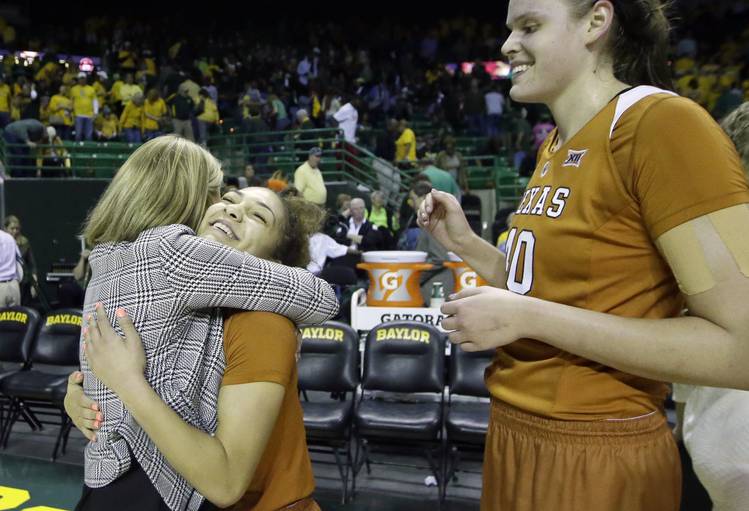 Imani Boyette was one of the best players in recent Texas basketball history and one of coach Karen Aston’s first standout stars. A few hours after Aston scored her biggest win of her Texas career, a 85-79 victory over Baylor in Waco, Boyette had some praise to the Bears, but hinted that the Big 12’s most dominant women’s basketball team’s days could be numbered

Shoutout to Baylor Women's Basketball for their 7 year run. Apologies for what's to come.

After seven years of losing to Baylor, during which the Bears cemented their spot at the top of the league, the Longhorns controlled Monday’s game and hung on to win. Needless to say it drew a response on social media:

Karen Aston and the Lady Horns with a massive dubya in Waco. #HookEm

No. 11 Texas knocks off No. 2 Baylor 85-79 in Waco. All those UT fans desperate for a winner should start following Karen Aston's crew.

Congrats to my @TexasWBB for that huge win over baylor! #streaking