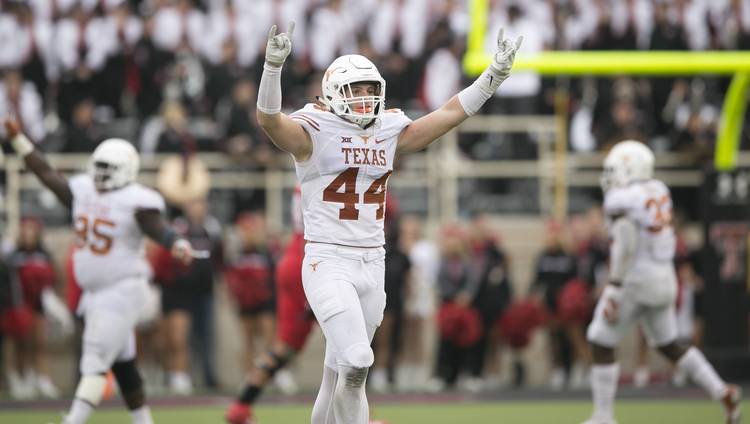 Texas rising-junior linebacker Breckyn Hager joined the Longhorn Network’s signing day coverage last week and was asked about his low recruiting ranking. Hager was amazed that former teammate Cecil Cherry, who transferred to South Florida in September, was ranked higher than him. Cherry, from Victoria Christian Academy in Florida, was the No. 60 recruit in his state and No. 424 nationally.

Hager, who was one of the Longhorn’s best defenders in 2016, was un-ranked nationally and No. 177 in the state of Texas. Needless to say, the feared pass rusher had a chuckle (about the one minute mark). He also talks about his “little brother” Westlake quarterback Sam Ehlinger and what he adds to the roster now that he’s on campus early as part of the 2017 signing class.

Two future Longhorns among Naismith Player of the Year semifinalsts