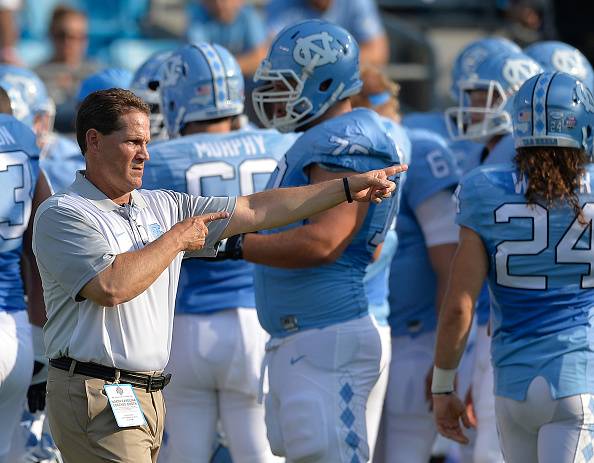 Gene Chizik replaced Greg Robinson as the Texas defensive coordinator in the mid-2000s and helped build the Longhorn defense that contributed to the 2005 BCS National Championship win.

On Feb. 9 he released a letter to Tar Heel fans saying he was stepping down as defensive coordinator following two successful seasons.

“Personally, it has been extremely difficult for my family and me. We have been apart for the past two years for the first time in my 30-year coaching career,” he wrote in the statement, adding: “At every step in my coaching career, I have emphasized to my players and coaches that family must come first, that family comes before football. Simply put, it is time for me to walk the walk.”

The 55-year-old coach left Texas following the 2006 season to become the head coach at Iowa State. Following two sub-.500 seasons (5-19 overall) Chizik was hired at Auburn, where he went 3-0 in bowl games and won the 2010 National Championship with Heisman Trophy winner Cam Newton playing quarterback. Two years later he was fired after going 11-14 post 2010. Chizik worked as an analyst for ESPN before becoming the defensive coordinator at North Carolina.

As the coordinator he improved the unit’s yard allowed per play average each season.