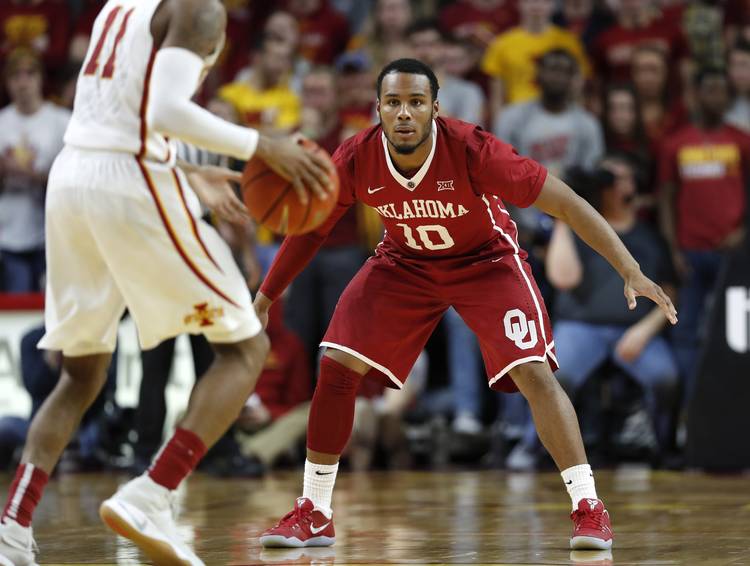 Series history: Oklahoma leads the all-time series 53-37. The Longhorns have been turning the tide in recent years, though. UT has won nine of the last 15 games in the basketball version of the Red River rivalry.

About the Longhorns: Freshman Andrew Jones had established a shooting rhythm from 3-point range in recent weeks. But he was 0 for 6 from beyond the arc on Saturday at Oklahoma State. He still finished with 16 points and three assists. In the last nine games, Jones is averaging 14.4 points and five assists. … Remember when freshman Jarrett Allen opened the season by saying he “expects” to have a double-double every night? He’s doing exactly that in conference play, averaging 16.3 points and 10.3 rebounds. He’s got a Big 12-high nine double-doubles this season and fell one rebound shy of checking that box in three other Big 12 games. “It’s going OK,” he said in a matter-of-fact fashion after the OSU game. … Overall, the Horns had a difficult day from 3-point range against the Cowboys, hitting just four of 23 shots. Jacob Young is now 0 for 7 in the last three games.

About the Sooners: Oklahoma’s season got even worse on Sunday when it was announced that senior Jordan Woodard tore the anterior cruciate ligament in his right knee against Iowa State. He will require surgery and miss the rest of the season. Woodard was a starter for three NCAA tournament teams and served as Buddy Hield’s sidekick last season as the Sooners powered their way to the Final Four. Woodard, a starter the moment he arrived at OU, ranks fourth in school history in assists (471) and finishes among the top 10 in several other categories. “It is unfortunate to lose him for the conclusion of the season and his collegiate career,” OU coach Lon Kruger said in a statement. “We will continue to support Jordan and use our resources to aid him in the recovery process.” Woodard is the first in OU history to make more than 400 free throws and shoot 80 percent.