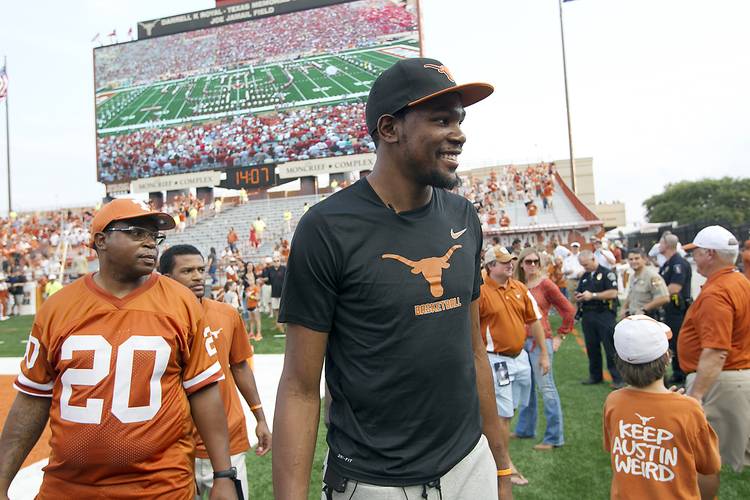 Texas ex Kevin Durant, a NBA player for the Oklahoma City Thunder was on hand for the coin flip. Texas faltered in the second half to Ole Miss losing a non-conference game 44-23 in Austin, TX Saturday night September 14, 2013 at Darrell K. Royal Texas Memorial Stadium. The Texas fans left for the exits early in the fourth quarter with the game decided and their play not giving them anything to cheer for as the rout was on. RALPH BARRERA / AMERICAN-STATESMAN

Kevin Durant returned to Oklahoma City over the weekend and he was met with a not so welcome response:

But it was not the first time Durant made a return to a city he left. Back in 2013, the former NBA MVP returned to Austin, where he spent his freshman season playing ball and needed only one year to establish himself as one of the greatest players in the history of the program.

Here is how Austinites treated Durant when he came back:

In case you forgot how great Durant was at Texas:

Sports Illustrated: Texas gets ‘A-‘ for hiring Tom Herman