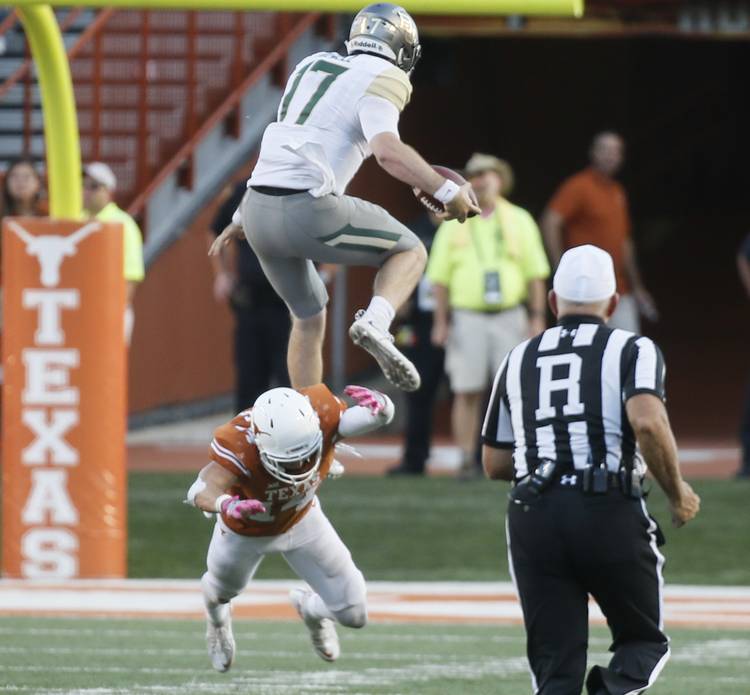 Texas quarterback Sam Ehlinger and out-going Texas defensive back Dylan Haines engaged in what one may call a “Twitter beef” on Valentine’s Day.

The incoming freshman quarterback who graduated from nearby Westlake High School early and is already on campus, Ehlinger, and the former walk-on turned defensive back starter from nearby Lago Vista High School, Haines, exchanged words on social media Tuesday.

It all started with this:

If you're not willing to work and strain everyday, The University of Texas football program is NOT the place for you!🤘#1and0

Which Haines somehow had a beef with.

bro you got no juice 🍊

And using his wits, Ehlinger was, what the kids call, “Savage” in his response:

Correct me if I'm wrong @dylanhaines4 but isn't this the exact location that @S_Russell17 hurdled you? pic.twitter.com/UeAkDJ8xHM

Ehlinger’s tweet cause a stir among several card-carrying alums of “DBU”:

😮😮😮 Let me know when you get on two school record boards… 🤐

And Diggs continued to pile on: