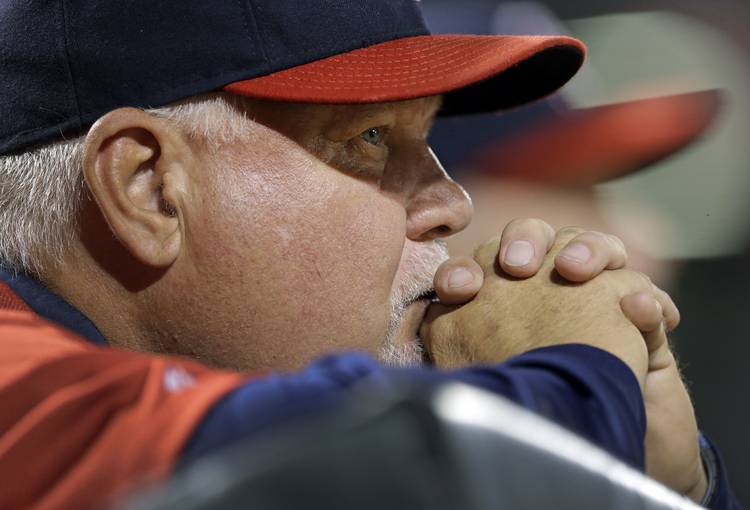 FILE - In this Aug. 29, 2014, file photo, then-Minnesota Twins manager Ron Gardenhire watches from the dugout in the fifth inning of a baseball game against the Baltimore Orioles, in Baltimore. New Arizona Diamondbacks bench coach and former longtime Minnesota Twins manager Ron Gardenhire has prostate cancer. The 59-year-old Gardenhire revealed the diagnosis in a meeting with reporters on Tuesday, saying it was the only time he would talk publicly about the subject this spring. (AP Photo/Patrick Semansky, File)

Currently a bench coach with the Arizona Diamondbacks, Gardenhire told reporters of the illness on Tuesday. The 59-year old baseball lifer said it would be the only time he spoke on the matter.

Gardenhire told reporters he received the diagnosis a week ago after tests in Minnesota and would undergo surgery to remove the prostate gland, likely in April.

He said doctors believe they caught the cancer early and the surgery could result in leaving him cancer-free.

He was special assistant to Twins general manager Terry Ryan last year before being hired as the top assistant to new Diamondbacks manager Torey Lovullo.

Gardenhire’s No. 7 is retired at Texas, where he played from 1978-79. He was drafted in the sixth round of the 1979 draft by the New York Mets and played in New York from 1981-1985. In 1986 he was traded to the Twins and spent the season in their minor league system before retiring as a player. He managed in the Twins system from 1988-1990 before being promoted to the Twins third base coach, where he helped the team win the 1991 World Series. He was hired as the Twins manager in 2002 after Tom Kelly retired.

Gardenhire managed the Twins for 13 seasons before being fired after the 2014 season. He was named 2010 American League Manager of the Year.

Staying or leaving? NBA draft prognosticators continue to be mixed on Jarrett Allen