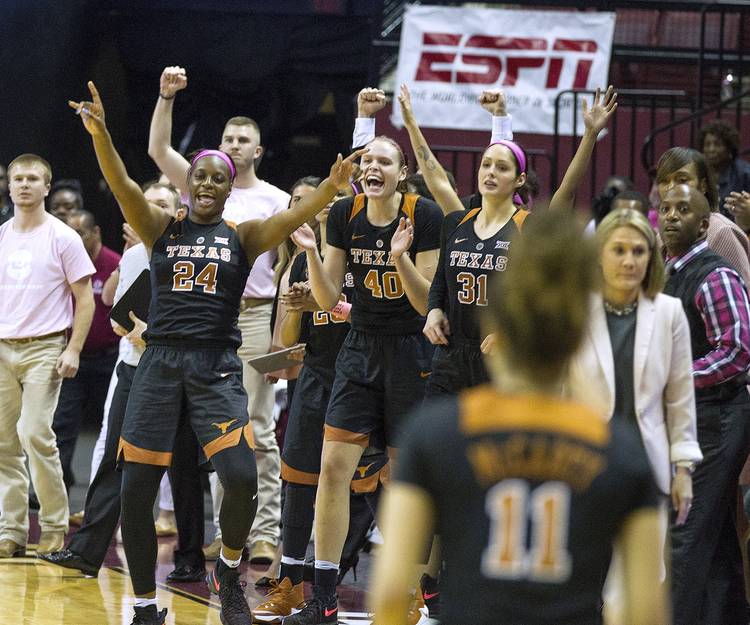 The Texas women’s basketball team will attempt to win its 20th-straight game on Saturday when it travels to No. 19-ranked Oklahoma.

Although it may pale in comparison to UConn’s unprecedented 100-straight wins, the nation’s second-longest active winning streak is nothing to scoff at. By beating No. 4-ranked Florida State on Monday, the No. 8-ranked Longhorns (21-4) gained their second top-5 win in barely more than a week.

RELATED: Golden: Texas guard McCarty is small but has a big game

Fittingly, their last loss came at the hands of UConn back on Dec. 4.

In honor of the run, we decided to take a look back at some other historic win streaks in Texas history.

We’ll start with the streaks these Longhorns are chasing — the magical Judy Conradt squads of the 1980s. The Longhorns went a perfect 34-0 on their way the the program’s only national championship in 1985-86, then kept going for the first six games of the following season. The six longest streaks in Texas history all belong to Conradt, and all of them occurred between 1979 and 1987. The current Longhorns need six more wins to arrive on that list, which would require making the Big 12 Tournament championship without a loss.

Unsurprisingly, the most famous win streak in Texas history belongs to the school’s most famous coach: Darrell Royal. The Longhorns’ run from 1968 to 1970 — including back-to-back national championships — still ranks as the 12th-longest  streak in Division I-A/FBS history. Texas also won 42-straight home games from 1968 to 1976 and, more recently, Mack Brown led the Longhorns to 21-straight wins surrounding the 2005 national championship.

Texas still holds this record, according to the school’s athletic page. The Longhorns, led by Cliff Gustafson, strung together 34-straight wins to open the season before ultimately finishing second in the Southwest Conference.

Led by a senior pitcher named Cat Osterman, Texas opened the 2006 season on a roll. After dropping the third game of the season, the Longhorns didn’t lose again until March 8. More than half of those 24 victories were shutouts. The season ultimately ended in the Women’s College World Series.

In 1990, Mick Hailey’s squad went unbeaten in September and October on the way to a 31-4 overall record, including a perfect 10-0 mark in SWC play. Texas made it to the regional final and finished seventh in the final poll.