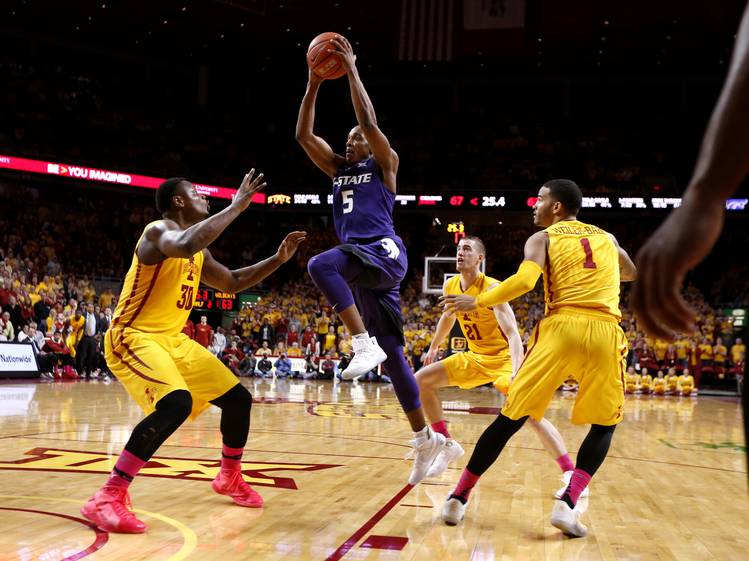 About the series: Kansas State leads the all-time series 18-15. In the last matchup on Dec. 30, the Longhorns had a seven-point lead, fell behind by 13, mounted a furious comeback but ultimately lost 65-62 in the Big 12 opener.

About the Longhorns: Coach Shaka Smart fully believes that Jarrett Allen’s wrist injury is the key culprit for the freshman’s recent woes at the free throw line. Allen is 1 for 15 in the last two games. That’s whacked his season total, making Allen a 53.1 percent shooter for the season. That injury hasn’t stopped him from throwing down some incredible right-handed dunks against Oklahoma State and Oklahoma en route to back-to-back double-doubles. … Kerwin Roach Jr. is coming out of his mini funk after getting 13 points in each of the last two games. He also had 10 assists and five turnovers in those games. … The Longhorns have won four of the last five games against the Wildcats. UT is 9-6 against K-State in games at the Erwin Center.

About the Wildcats: Coach Bruce Weber’s team fell into a 19-point hole on Wednesday against Iowa State and ended up on the wrong end of a 87-79 decision. Barry Brown had a game-high 21 points, but it was the Wildcats’ third consecutive loss. K-State shot 58 percent in the second half but never got closer than six points down the stretch. “The coaches can only do so much and it falls back on the players to get themselves motivated to come out at the jump ball, ready to play,” K-State guard Wesley Iwundu said. … The Wildcats are starting to show some wear and tear defensively. K-State has allowed 80 points in consecutive games for the first time since February 2014. … Kamau Stokes has posted double-digit scoring totals in 16 straight games.

Beau Hossler leads after first round in Web.com Tour debut