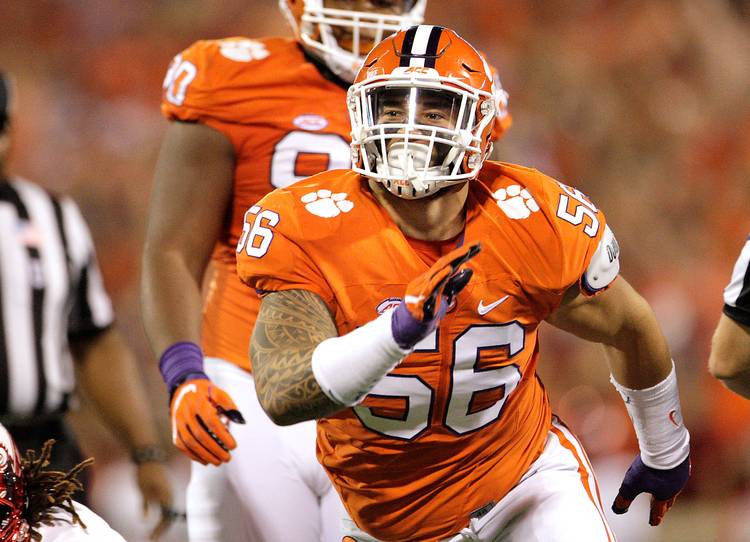 Scott Pagano #56 of the Clemson Tigers reacts against the Louisville Cardinals during the first quarter at Memorial Stadium on October 1, 2016 in Clemson, South Carolina. (Photo by Tyler Smith/Getty Images)

Defensive tackle Scott Pagano, a mainstay on the Clemson defensive line in 2016, is considering Texas a possible 2017 destination, reported 247Sports.

Pagano started four games and played on 299 snaps last season. In his career at Clemson, he had 93 tackles, eight for a loss and 2.5 sacks. The 6-foot-4-inch, 295 pound tackle originally from Honolulu was a member of the 2013 recruiting class and was a 4-star recruit.

While Pagano’s stats may not jump off the page, his strength does. He reportedly can bench press 470 pounds and can rep 225 pounds 38 times.

There isn’t giant void at the defensive line position for Texas, however. After the Longhorns landed a gaggle of defensive tackles in the 2015 recruiting class, there is no shortage of options at the position. Jordan Elliot, Gerald Wilbon, D’Andre Christmas, Marcel Southall, Chris Daniels, Chris Nelson and Poona Ford are all on the depth chart at defensive tackle.