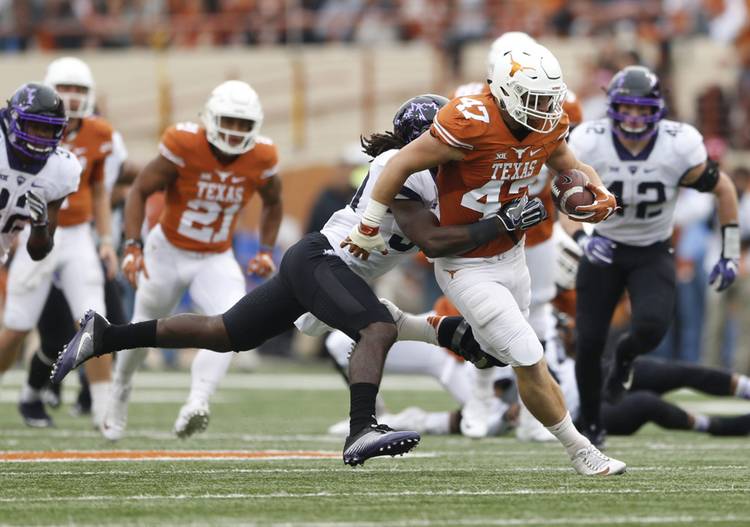 In less than two weeks, Texas will open its spring practices without two key contributors from last season.

Texas announced on Wednesday that junior tight end Andrew Beck and sophomore punter Michael Dickson have been sidelined by injuries. Both Beck (broken left foot) and Dickson (right hamstring) are expected to miss part of spring drills. No timetable has been set for either their returns.

Dickson averaged a school-record 47.4 yards per punt in 2016, and he was one of three finalists for the Ray Guy award. Beck was used primarily in blocking situations this past season, but he did turn two of his four receptions into touchdowns.

Texas will hold its annual spring game on April 15.