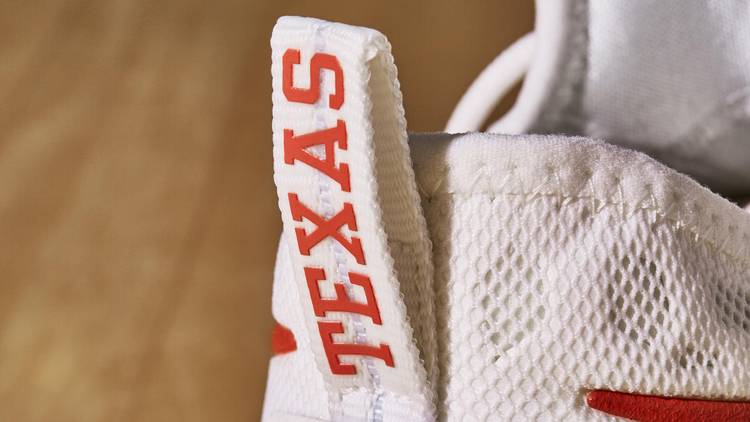 Get your wallets ready, Texas fans.

The newest Kevin Durant shoe was specifically made for Longhorns athletes and fans, but not in the garish way that many team-themed kicks end up. The Nike Zoom KD9 “Texas” is classy and understated, with just enough burnt orange to grab the eyes of Texas.

And if it helps the Longhorns to an upset a win over No. 3-ranked Kansas on Saturday, even better.

We are honored to wear the #KD9 Texas Colorway on Saturday! @NikeBasketball @KDTrey5 #TexasFamily #HookEm pic.twitter.com/3F7QtAlg3U

The new shoe makes its debut on the feet of the Texas men as they host the Jayhawks at 5 p.m. Saturday (ESPN) inside the Erwin Center. The No. 6-ranked Texas women will wear the shoes beginning Saturday, March 4, in the Big 12 tournament.

The shoe officially releases to the public March 10, and it will be the “first KD University of Texas-themed official shoe to hit global retail.”

“Attending UT was one of the best experiences of my life and launching the KD9 back in Austin this past June reflects my love for the college experience I had 10 years ago,” Durant said in the Nike press release.

Before Texas, Coach Tom Herman was fired from Subway for eating too much pastrami