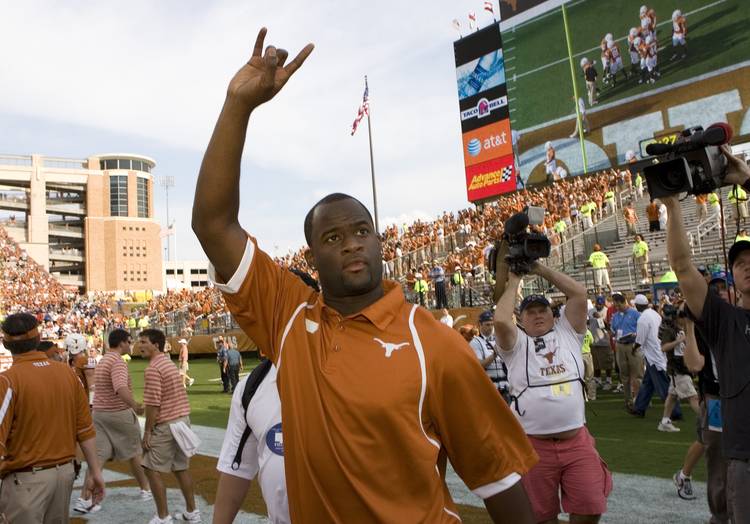 Vince Young acknowledges the crowd before a ceremony to retire his numbr at Royal-Memorial Stadium on Saturday Aug. 30, 2008. Jay Janner/American-Statesman

Texas fans have spent the better part of the last decade longing for better days, when Vince Young was at the top of his game and the Longhorns were on top of the college football mountain.

Young appears determined to capture that spirit in his latest comeback attempt, which now has a catchphrase: “Make Vince Great Again.” Yes, really.

The Longhorns legend recently hired famous sports agent Leigh Steinberg and is seeking opportunities to resume his playing career. Steinberg tweeted last week that he and Young have “opened discussions” with the Saskatchewan Roughriders of the Canadian Football League.

Currently, Young works for the University of the of Texas as a development officer in its division of diversity and community engagement, and has appeared as an analyst on the Longhorn Network. He last played in an NFL game in 2011 and announced his retirement in 2014.