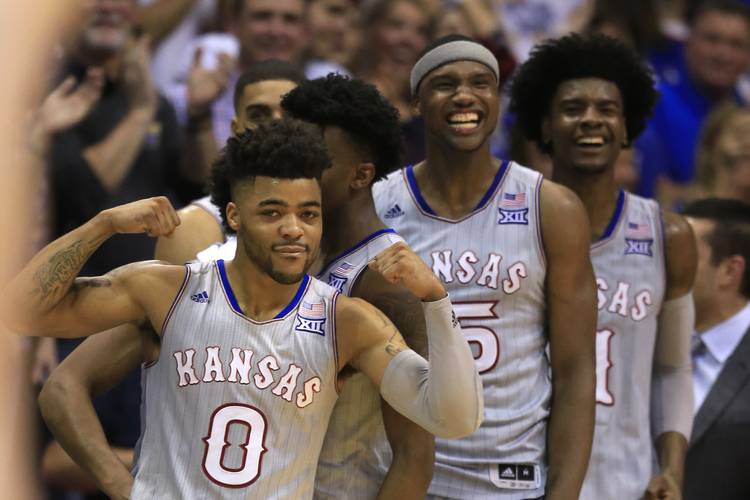 About the series: Kansas leads the all-time series 28-8. The Jayhawks have long held sway in this series, but the Longhorns once stopped Kansas’ 69-game home winning streak in 2011. Kansas is 8-6 in all games played in Austin.

About the Longhorns: Coach Shaka Smart is finally curtailing freshman Jacob Young’s minutes. The ineffective guard was playing more than 20 minutes midway through the conference schedule and had little to show for it. He played eight minutes against Iowa State on Feb. 7, five minutes against Kansas State on Feb. 18 and only six minutes against West Virginia on Monday. He’s 18 for 87 (20.7 percent) from 3-point range this season. Smart has said numerous times that Young can “make 50 percent” of his 3-point shots in practice. … All seven of Texas’ Big 12 home games have been decided by four points or less. The Horns are 3-7 in games decided by three points or less. … UT had seven blocks against West Virginia, one shy of tying the season high.

About the Jayhawks: Freshmen sensation Josh Jackson gave the home fans a scare on Wednesday when he fell awkwardly and suffered an apparent foot injury. Jackson went to the locker room and missed about five minutes before returning. He played 14 of his 26 minutes after halftime and finished with 15 points and 11 rebounds. … G Devonté Graham ran into some trouble the next day. Graham was arrested for a failure to appear in municipal court. He received a ticket for an expired tag and had an outstanding warrant. Graham was released, and coach Bill Self said the player will not be suspended. … Former Kansas star Brandon Rush had his jersey retired on Wednesday. He ranks 23rd on the school’s all-time scoring list with 1,477 points.