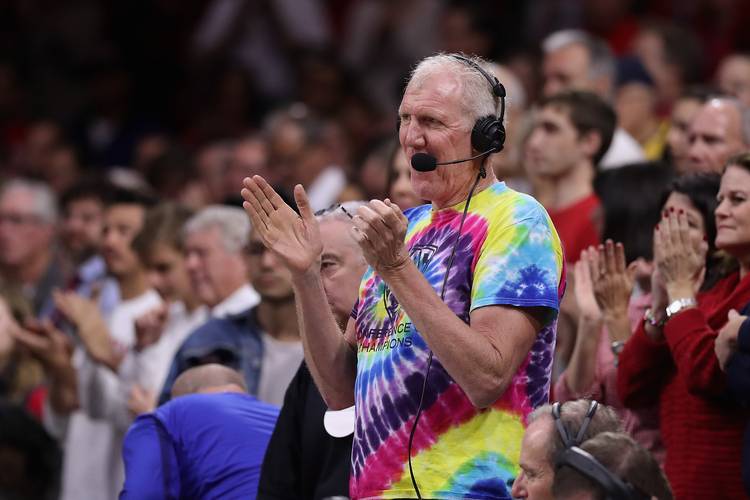 TUCSON, AZ - DECEMBER 20: Retired basketball player and television sportscaster, Bill Walton applauds during the first half of the college basketball game between the New Mexico Lobos and the Arizona Wildcats at McKale Center on December 20, 2016 in Tucson, Arizona. (Photo by Christian Petersen/Getty Images)

Walton, who was, of course, already wearing a tie-dye shirt, decided to take the gift a step further and changed into the new shirt on live television.

Bill Walton just changed his shirt in the middle of a game pic.twitter.com/BxpBEWUla4

Some Twitter users watching the game were a little salty that Walton seemed more focused on his new T-shirt than on the game itself, but one thing’s undeniable — the guy’s a national treasure.