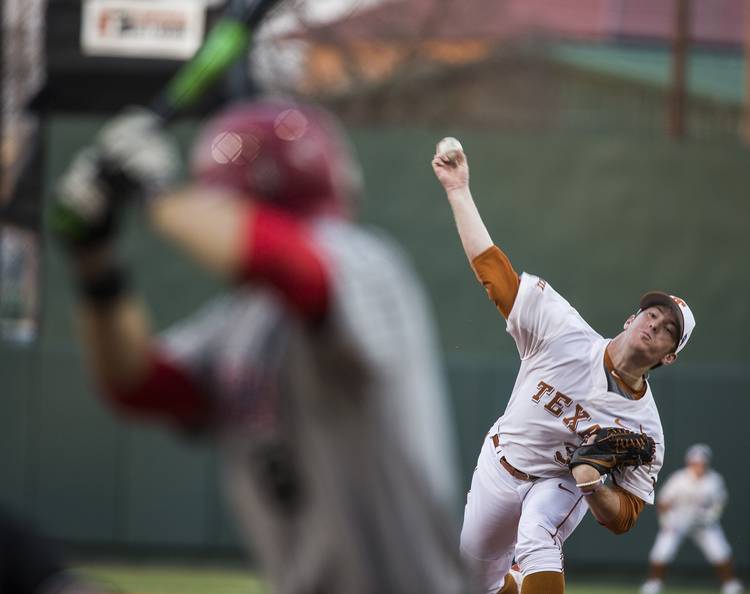 Looking for its first three-game winning streak of the season, Texas was beaten 2-1 by UConn on Saturday. In the loss, Texas starting pitcher Kyle Johnston was overshadowed by UConn’s William Montgomerie.

Johnston was over halfway to Texas’ first no-hitter since 2014, but shortstop Anthony Prato legged out a bunt single with one out in the sixth inning. Zac Susi followed up the close call at first base with a clean single, and Isaac Feldstein’s double then scored both of his teammates.

Those would be the only hits surrendered by Johnston, who struck out seven over a seven-inning outing.

Johnston, though, was the second-best pitcher at UFCU Disch-Falk Field on Saturday. Montgomerie used 116 pitches to record a career-high 13 strikeouts before he was pulled with one out in the seventh inning. The junior right-hander allowed four hits and two walks.

Texas, which could only score once after getting two runners aboard with one out in the ninth inning, is now 4-3 this season. The Longhorns are 3-2 in their all-time series with UConn.