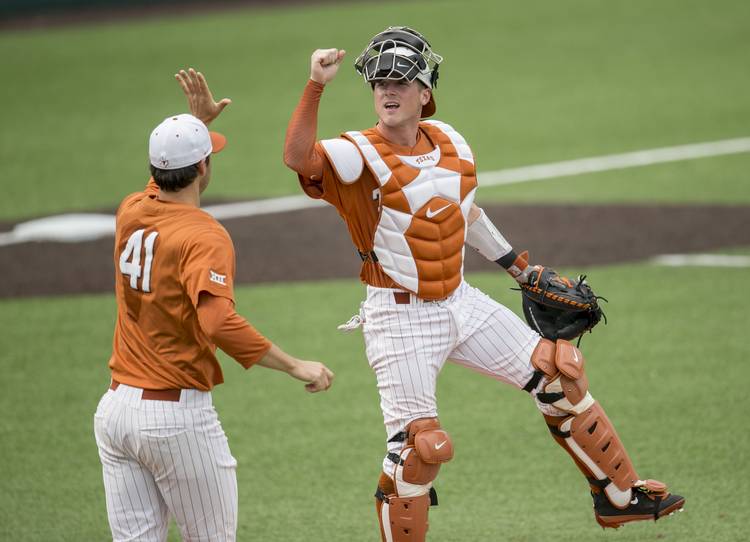 After only eight games, Texas has picked up enough to votes to move back into the national spotlight.

Initially unranked, Texas was listed 21st in the D1Baseball Top 25 rankings on Monday. Texas is 5-3 after a 9-3 win over UConn on Sunday. The Longhorns will host Lamar on Tuesday before heading west for a four-game series with No. 19 Stanford.

Two of Texas’ losses have been by one run, and the Longhorns have outscored their opponents 35-23. The Longhorns, however, have only been tested by Rice, Sam Houston State and UConn programs that are 10-12 this spring. Rice, which split its season-opening series with Texas, was 23rd in D1Baseball’s last rankings, but the Owls tumbled out of the poll after losing five of their first eight games.