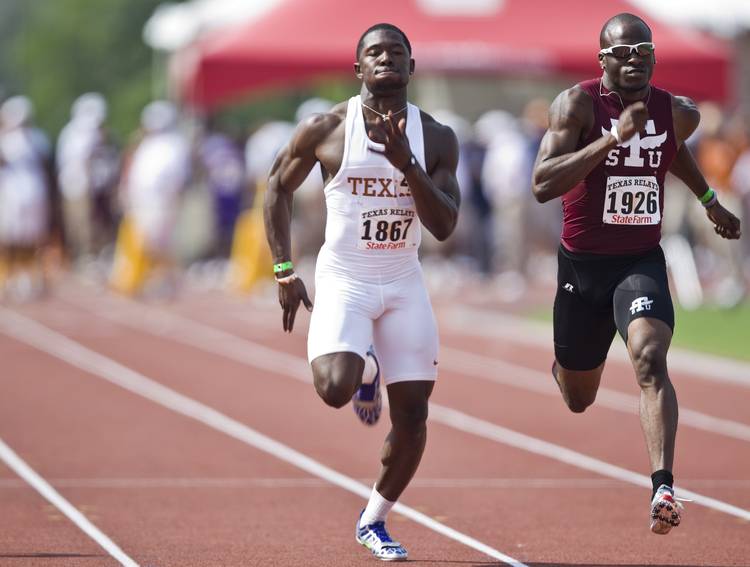 When it was discovered “Moonlight” won the Oscar for Best Picture and not “La La Land,” it wasn’t the first time Trevante Rhodes sprinted for an award.

Rhodes, a University of Texas graduate and former sprinter for the Longhorns track and field team, was one of three actors who played main character Chiron (pronounced shy-RONE) in the powerful film about a young man’s struggle with his sexuality. Rhodes played the adult version of Chiron, a drug dealer going by the name “Black.”

RELATED: What does ‘Moonlight’ star Trevante Rhodes miss about Austin?

In a November interview with Austin American-Statesman reporter Joe Gross, Rhodes said he didn’t get into acting until his second-to-last semester in college. He initially auditioned for a smaller role, but director Barry Jenkins had other ideas.

Rhodes made a stir at the Oscars well before the show’s bizarre ending, with Twitter fawning over his purple velvet suit.

I have this recurring dream that I risk it all for Trevante Rhodes and I can only pray that it comes to fruition one day cause LAWD. #Oscars pic.twitter.com/Dk6VD2gfdR

The “Moonlight” role is by far the biggest of Rhodes’ career thus far, but you can also find him on the HBO show “Westworld” and the next installment of the “Predator” franchise due out in 2018.

As for the other award Rhodes once sprinted for? He ran a leg for Texas’ 400-meter relay team that placed third at the Big 12 Championships in 2011.