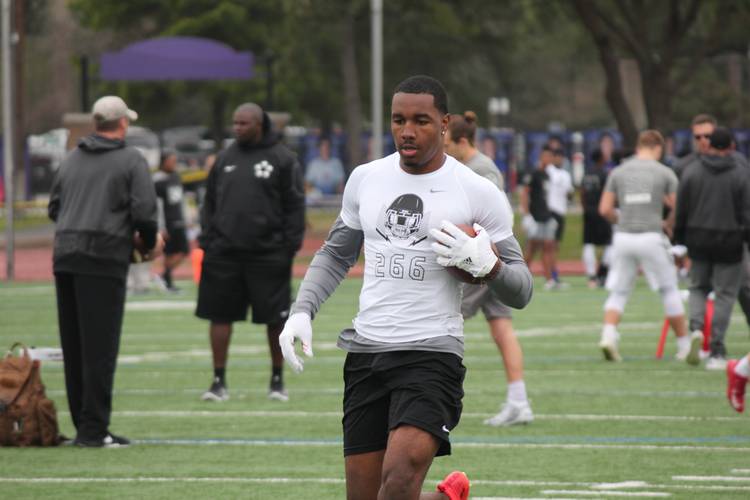 Apparently Texas made an impression on Brennan Eagles over the weekend.

Eagles, who is widely considered one of the top wide receiver recruits in the Class of 2018, released a list of his top 10 schools Sunday evening. The Longhorns were included alongside top programs like Ohio State, USC and Florida State.

Like many top recruits from around the country, Eagles spent Saturday in Austin for Texas’ junior day. Ranked No. 12 in the Austin American-Statesman Fab 55, the 6-foot, 3-inch prospect from Alief Taylor High School in Houston has four stars in the 247Sports composite. He is considered the No. 7 wide receiver in the country.

The Longhorns would love to add Eagles to a class that just picked up its first commitment. Florida athlete Justin Watkins flipped to Texas from Florida State over the weekend and is likely to play slot receiver in Tom Herman’s offense. The Longhorns have made receiver a priority with this class, and Eagles would be an ideal addition out wide.

Other schools in Eagle’s top 10 include Oklahoma and TCU from the Big 12, LSU and UCLA. Watch some highlights of Eagles below.