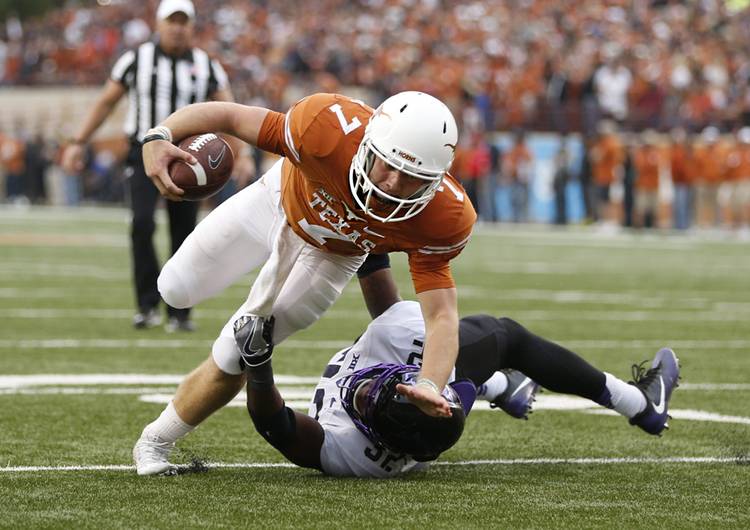 In 46 days, Texas football fans will get their first glimpse of Tom Herman’s Longhorn football team on April 15. In honor of spring football, we’re counting down the days till the spring game with 50 facts for 50 days.

Shane Buechele started 12 games at quarterback for the Texas Longhorns in 2016 as a freshman.

Charlie Strong: “I’m not going to give Texas that pleasure”