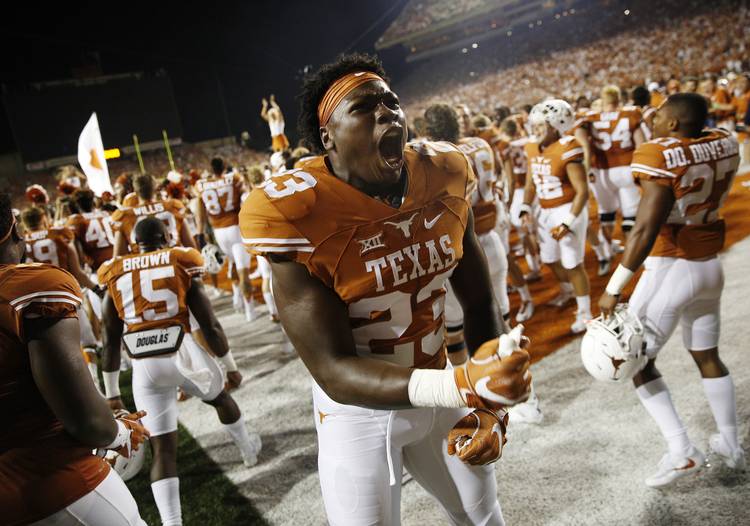 New Texas coach Tom Herman is all about competing and installing that drive into his players. And the Texas football twitter account has documented that all season long. On Tuesday, just a few days after the Oscars, Herman and Texas made it clear: Winners get to walk the red carpet:

Winners get to walk the red carpet! #ThisIsTexas #HookEm (1/2) pic.twitter.com/Jja9uTV6Ip

Winners get to walk the red carpet! #ThisIsTexas #HookEm (2/2) pic.twitter.com/1Go2zQ5vo8

Now, we’ve seen tug-a-war competitions and other things via Twitter in terms of what these guys are competing at, but it was clear after Tuesday’s events, the winner was definitely taking in the spoils:

it was team Jefferson vs mcculloch get it right

From what we can gather, Team McCulloch (or Team Locke depending on the person) was called out by team Jefferson, and won. At something.